My Spot Of Green

I’ll miss the birds in my garden, but will they miss me? 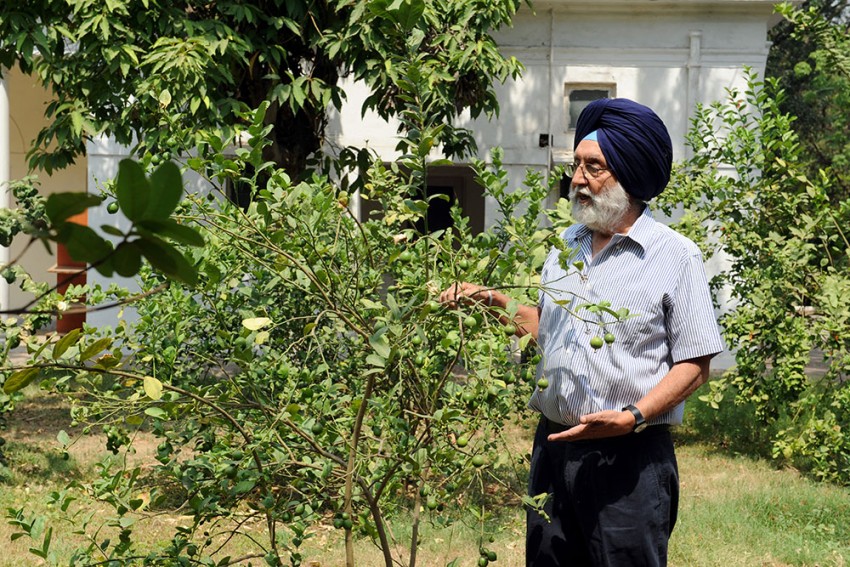 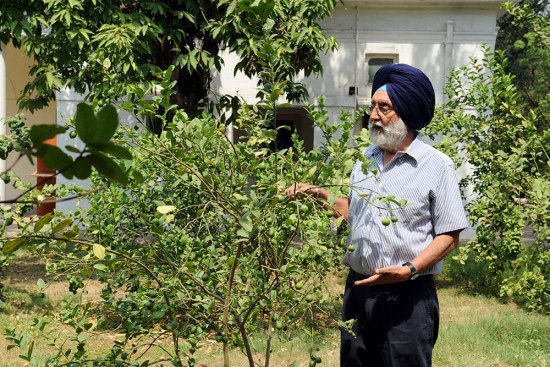 In life, there is a time to come, and a time to go.  Eight years ago, we came to this Lutyen’s creation, in great excitement.  Set in about 3 acres of park, with giant trees, this white elegance had not been vandalised, by past high dignitaries, enclosing Greek pillared verandahs, or breaking internal walls and harmony.  The flooring was the old modest creation of the 1930s.  My staff wanted liberal uses of marble, at state expense.  We thought it vulgar.  My wife quickly started preparing flower beds, and getting paneeri for the season.  I concentrated on tree plantation.  I had seen a giant Kadam tree, with red cricket ball size fruits, in my Akbar Road house, which Lalu Yadav educated me, were great for tarkari making.  I immediately planted four of them, in the corners of the lawns, and nurtured them all through the years. In this tropical land, they are giant trees now.  Raat Ki Ranis, Magnolias and Haarshringar, were liberally sprinkled over this 3 acre park, to create a scented garden.  All of them flower with seasons, and scent the breeze.  I thought no indian house can be complete without nimboos.  I now leave atleast 20 plants already loaded with young fruit.  My successor is going to be a Mumbai Shiv Sena MP.  When he came to see me, I showed him all the plants, and took an assurance that he will guard my babies, against lazy maalis.  I also elicited a promise, that he will regularly send me a small share of the fruits, as is my due.  Most men focus on the sadness of their leaving, this Grace and Favour luxury.  I have spent February and March, bringing the finest new Kinoos from the Punjab Agriculture University, Ludhiana, to plant here.  I am confident, that I now leave a citrus garden, which could be the envy of the Prime Minister.

Coming by air, and flying low to land, passing over Lutyen’s New Delhi, I see a forest of giant trees, dotted with white elegances.  The peacocks go house to house, in full freedom and without fear.  The hollow tree holes house parrots in breeding season, followed by mynas, and ofcourse a permanent colony of little tree owls.  The parrots are the most monogamous.  The male and the female will take turns to go inside, to take care of the chicks.  I watch the lagerstroemia, where they nest, from my verandah.  When the lady is in, the male sits loyally, above the tree hole.  I think they are models to the new generation of human marriage makers.  The owls and I are friends since long.  Whenever I go to their tree hole, a pair is sitting on the lip.  Shyly they drop down, but with intense curiosity, they keep popping up and going down.  After all, we are both curious, about the other.  At night, when I go to the bathroom, at about 2.30, I hear them chattering away, and diving about the lawn.

When we came, straightway we put five earthen pots, front and back, filled daily, for the birds and bees to drink.  Some grain would be spread on the parapet around the water pot.  Squirrels, mynas, bulbuls, the seven sisters would all come crowding around.  Some selfish birds would first have a lavish bath, keeping the others out.  The crows too, shy as they are, and wary of man, started coming, and accepting me, sitting in the verandah.  I was surprised when some brought pieces of hard roti, from the police lines nearby, softened it in the water, and then ate.  Groups of monkeys would come by, from Vijay Chowk and pass through my lawns.  I have seen one, open the garden tap and drink.  They haven’t yet learnt to close it.  A swarm of aggressive Indian bees had made a home, on the giant Ficus tree.  Over the last many years, I saw them pack their tents, suddenly and go away.  Yet after a year or more, they would come back, to the same tree and the same point, and quickly make another great hive.  I guess, like the rich, they also maintain a number of homes, in Delhi.  They go from one to the other, on a schedule determined by the queen bee.  Sadly, they suddenly left, last month, after a long stay.  It was a kind of pointer to our leaving.  After many years here, I will not miss the comforts, but I will certainly miss the birds and the bees, the Cobra in the far corner, and my cousins the monkeys passing by.  The question is will any of them, miss me?

The New Delhi forest is the lungs of this City of worsening pollution.  We have not seen the worst yet, and little gimmicks will not solve this great problem.  The Lutyen great buildings and the homes are a heritage.  Occasionally, one hears voices, even from those who should know better, why not build a forest of high rise buildings, to accommodate more people.  This is populism against a larger sanity.  Our children will know, the worst of the future, but little efforts, continue to be made.  The other day, I opened the door to find two engineers measuring my front Greek pillared verandah.  I asked them why?  They said, dignitaries had asked for sloping shades to be built, in case the VIPs get sun burn!  I objected to this vandalisation.  I was told that the VIPs had made some representations, and the PMO had ordered this survey.  As I leave, I can only pray that Lutyen’s heritage will not be further damaged.  Many years back, another Prime Minister had ordered that no changes be made, in these buildings, at the instigation of any VIP.  I hope that the Prime Minister will reaffirm this old order.