It's truce on the north-western frontier. The US isn't pleased. 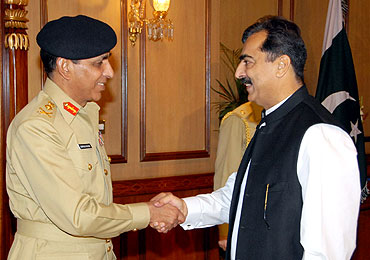 With which organisations have the peace deals been signed?
Tehrik-e-Taliban and Tehrik-e-Nifaz-e-Shariat-e-Mohammadi.

What's the aim?
To stop militant violence in Pakistan. The outfits say they won't now target the army. In return, the government will withdraw troops and allow introduction of Shariat in certain areas.

Will it succeed?
Hard to tell. But Pakistan did not witness suicide bombings in May.

Why's the US angry?
It feels the militants, no longer under pressure in Pakistan, will create trouble in Afghanistan.

What does it mean for India?
The new government is unlikely, for now, to foment terrorism in Kashmir.

The fast diminishing clout of President Pervez Musharraf has redefined equations between the army and the political class, holding out hopes of a revision of innumerable policies Pakistan had been pursuing over the...