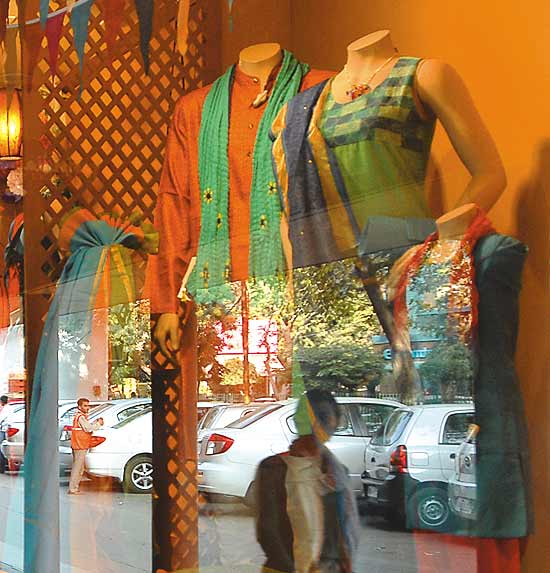 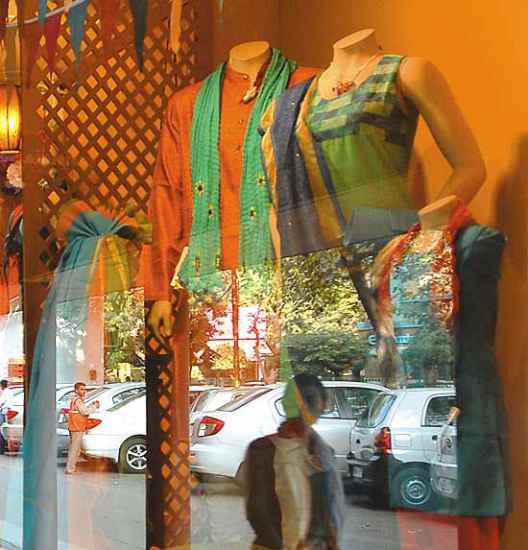 As a dedicated, unpaid mannequin and clothes-horse for Fabindia the past twenty-something years, I think I have earned a right to complain. The past few days I’ve been anxiously holding up my kurtas to check if the label has mutated into Fabinde—with a stylish French acute over the ‘e’.

The news is that Wolfensohn Capital Partners (WCP), the Mauritius-based company owned by former World Bank president James Wolfensohn, which had bought eight per cent shares from the unlisted Fabindia in 2007, has last week divested these shares to L-Capital, the private equity front of Louis Vuitton Moet Hennessey (LVMH), a portmanteau company created out of a heady cocktail between the LV brand of ready-to-wears and travel accessories with the cognac and champagne majors Moets, Chadron and Hennessy.

In the era of corporate cannibalism, crisis hits complacent consumers in not a few complicated ways. The $283 million brand Fabindia, a household name for desi, ethnic apparel and accessories, blowing this quiet French kiss at the $19 billion luxury goods conglomerate Louis Vuitton—the world’s 29th most valuable brand—triggers an alarm in the mind of a Fabindia junkie like me, conjuring up the spectre of being unwittingly recruited as a Trojan Horse for some faceless videshi brand.

For the past seven years, there have been indications that Fabindia, with over 150 outlets now in India and abroad and which has ridden on its stated philosophy of “authentic Indian-style sensibility”, has been succumbing to videshi seductions. In 2005, it had picked up 25 per cent stakes in East, a British garment retailer, and had begun pushing shirts and trousers for women over their standard salwar-kameez.

Interestingly, what was launched in 1960 as an exclusive export house by John Bissell had, by 2000, achieved 95 per cent of its sales in the domestic market. It had also introduced progressive management strategies like ‘partnering’ with artisans and launching ‘supply region’ subsidiaries, giving artisans shareholding stakes. Hardly a recipe for vertical integration into a global mega-brand like LVMH.

Contrary to popular canard, I was not born in a Fabindia kurta. I’m no Karna with a kurta-kavach. I probably am part of an early band of hand-stiched khadi-kurta loyalists who made a fashion swing across to branded apparel in the late 1980s. The consolation, of course, was that it was handloom. So, one was not wandering too far astray ideologically.

Very soon, the clever blokes at Fabindia had sorted out the sartorial predicament of aesthetically challenged and lazy persons in the clothes department like me who wished to convert this limitation into a style statement of casual, uncaring bohemianism. The long kurta became the apparel for all seasons. Office work or cocktail party, romancing or protesting on the streets, summer or winter, it was a reliable partner, enabling one to carry off the feel of nonchalance mixed with insouciance, even as you transmitted the semiotic of political correctness overlaid with aesthetic nationalism.

As Radhika Singh has charted out in her ‘biography’ of Fabindia, The Fabric of our Lives (Penguin, 2010), the post-liberalisation phase of the brand saw its meteoric rise as rapid urbanisation and inflated middle and upper middle-class income levels saw a ballooning consumer base that was also self-consciously aspirational about its style. Predictably, this became its very problem. Into the first decade of the 21st century, all the PLUs I knew were snuggling into Fabindia kurtas. The brand, by now, was struggling to keep pace with the demand and increasingly outsourcing production in manners which made it impossible for them to monitor quality. The kurtas were invariably badly cut, loosely stitched and scandalously dyed with irredeemable problems of running colour, fraying seams and chipping buttons.

But this is also the phase when it contributed the fashionable look to people as varied as politbureau members of the CPI(M) to those who are ditto in the BJP. From those of the far right to the far left, from pro-azadi Kashmir activists to anti-Islamic Panun fundamentalists, from crorepati corporate honchos to bohemian artists, from irreverent media hacks to conservative professors, everyone headed for their size and shelf in the Fabindia racks. The semiotic of the attire now overpowered the shade of politics one professed. It sort of uniformly levelled the field. Given all this, Fabindia would have done better soliciting ‘United Colours of Benetton’ and renaming themselves.

For two decades, the Fabindia kurta has been the ubiquitous gift I have received. Its Frenchification now queers the pitch. What the hell will they find for my next birthday?