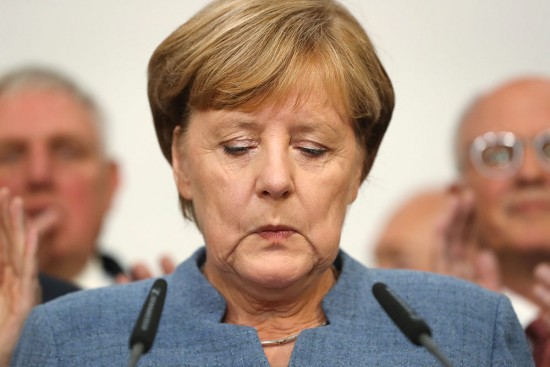 To a large number of Germans, Angela Merkel has been a symbol of stability, competence and success. A pastor’s daughter who grew up in Communist East Germany to earn a doctorate in quantum chemistry and then went on to become the most powerful woman—and, for some time now, Europe’s most powerful politician—in the European Union as Germany’s first woman Cha­ncellor, she has been a hugely inspirational figure.

That image of invincibility—built over three terms in power—now seems to have taken a beating after the rece-ntly-­concluded federal elections in Ger-many on September 24. Her ruling party, the Christian Democratic Union (CDU), along with its coalition partner and Bavarian sister, the Christian Social Union (CSU), got 33 per cent of the votes, making it the largest party in parliament. Yet this has also been its worst performance since 1949 in the Bundestag.