Mundra: The Port Of No Call

Neither the state govt nor the Centre, neither the UPA nor the NDA, has acted against Adani Port’s depredations 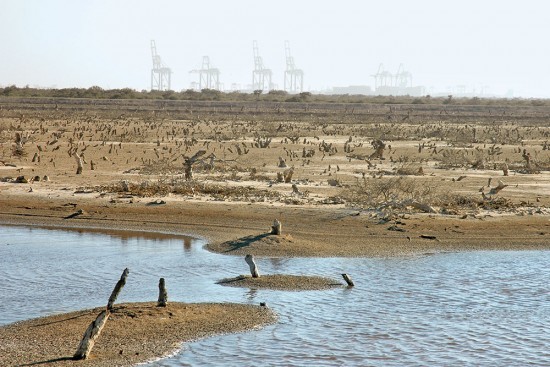 Friends In The Right Place

Two years ago, Outlook ran a cover story on the Adani Group’s meteoric rise during the chief ministership of Narendra Modi in Gujarat. There has been a lot of attention on the big, gleaming Adani Port in Mundra. Apart from picking up over 7,000 hectares at rock bottom rates (some for as low as Re 1 per square metre), there was enough evidence of massive environmental damage. “You only have to step outside this world (Adani Port) and spend some time in the villages surrounding the area to see how the group’s businesses have caused havoc in the lives of the villagers,” journalist Megha Bahree wrote then for Outlook.

The fact that this travesty hasn’t been resolved thus far is a glaring indictment of India’s priorities and a sign of the spread of crony capitalism. Despite two committees bringing up damning evidence of gross environment degradation and violation of environmental laws and clearances by Adani Port, satellite images and statements by local people, there was no action by the former UPA government—and now the BJP-led government headed by Modi. In fact, this government has given Adani Ports the clean...