Much Tut, Tut And A Holding Forth 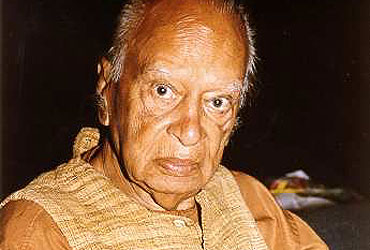 Mulk Raj Anand was one of the first three writers of fiction in English to be published in England. It is common knowledge that both Mulk and R.K. Narayan’s first novels were turned down by a number of English publishers till they found sugar-daddies whom they could persuade to risk their money on them. And so, Graham Greene became sponsor for R.K. Narayan; Mulk had the Bloomsbury group which included T.S. Eliot to back him. Only Raja Rao’s Kanthapura made it without any sifarish. Needless to say, all three were lionised by their countrymen.

Mulk’s chief patrons were socialists and communists. There were many Englishmen and women who suffered from a sense of guilt over what the British Raj had done to India. He was well aware of what India’s rich and powerful had done to the poor and powerless and the humiliations lower castes had suffered at the hands of the privileged higher castes. They became the themes of many of his novels and short stories. He became the chief spokesman of progressive writers who wrote to serve social purposes and not bother so much about...