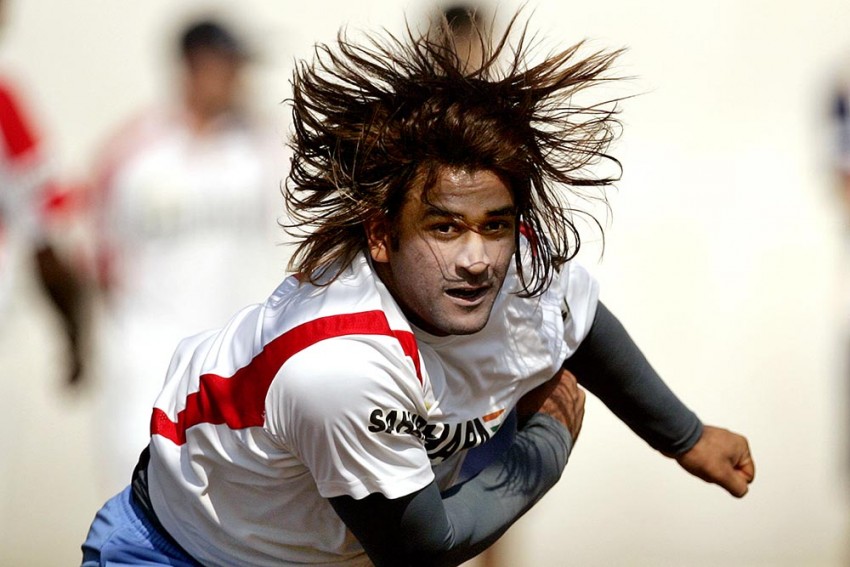 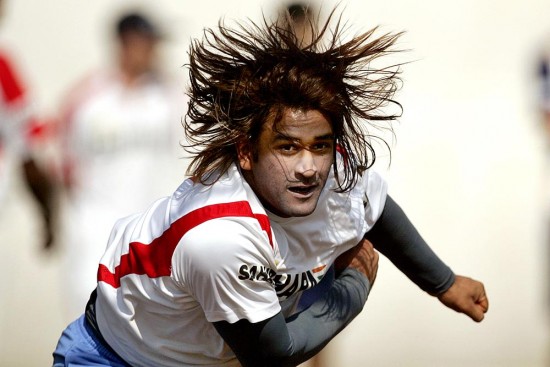 In this column, Ashish Nehra writes on former Indian cricket team captain MS Dhoni.  "Anyone can do captaincy, but Dhoni is a true leader. He proved that in 2007, by leading the team to victory in the ICC Twenty20 World Cup in South Africa, writes Nehra.

M.S. and I didn’t play junior-level cricket together, so ours is not a very long association. I saw him for the first time when I played the Duleep Trophy final for North Zone against East Zone in Mohali in March 2004. I didn’t know him at the time. We first met when we played for India in 2005, a one-day international against Pakistan in Kochi. Then, an injury ruled me out of professional cricket for more than three years. My friendship with him began only in 2009, on my return. Since then, we have played many games together, including a couple of seasons for the Chennai Super Kings, till my retirement this year.

There are a few genuine reasons why Dhoni has been a game-changer in this cricketing era. His batting talent was quite obvious from the initial days. The time captain Sourav Ganguly promoted him to bat at number three against Pakistan in the Visakhapatnam ODI in 2005, he slammed a century. Then, he hammered 183 against Sri Lanka in Jaipur within the same year, and had everyone convinced that there was something exceptional about him. He had that uncanny ability to hit the ball out of the park, clean.

And when Dhoni took over as India’s Test captain, following Anil Kumble’s retirement in 2008, Sachin Tendulkar, Rahul Dravid, Sourav Ganguly, Virender Sehwag, Zaheer Khan and Harbhajan Singh were still in the team. To lead a team of such stalwarts would surely not have been an easy task and that too at just 27. But Dhoni proved worthy of the responsibility given to him. He showed character while leading the team and showed that unwavering spirit, that unique characteristic that gave him his signature epithet—Captain Cool. It also helped that the team was quite settled when he took over, and coach Gary Kirsten helped him too.

Anyone can do captaincy, but Dhoni is a true leader. He proved that in 2007, by leading the team to victory in the ICC Twenty20 World Cup in South Africa. That kind of success can sway others, not him. Remember, he was comple­tely new to captaincy—he was handed the reins when he was nowhere in the picture. And there were big shoes to fill in: Rahul Dravid was captain on India’s previous tour to England. Dhoni as skipper was a huge turning point for Indian cricket as well. He knew how to handle pressure, in his own way. When ­India lost a back-to-back Test series to England, 0-4, and to Australia by the same margin in 2011, after winning the World Cup at home, he didn’t buckle or change as a person.

The way Dhoni is playing currently, he will surely go on to play the 50-over World Cup next year. And if he wishes so, he can play the 2020 T20 World Cup too.

Handling pressure is key. When players face pressure on the ground, each one reacts differently to it. Dhoni remains calm. And whether batting at No 6 or No 7, he has so ­often finished matches in India’s favour. He had initially forged a successful partnership with Yuvraj Singh down the order. The only other pair that I can recall that chased ODI totals with some success was the Ajay Jad­eja-Robin Singh combine. Dhoni has been a finisher for 10 years.

There’s also this. Dhoni is innovative, but not always. He would innovate only as much as the situation demanded. His other quality is to get the best out of a player. He uses his mind, as I witnessed while playing under him for CSK. He is a very realistic person; he doesn’t always think out of the box. He plays percentage cricket, something he demonstrated while captaining CSK.

The call to quit captaincy was also taken at the right time. That gave a couple of years or so to Virat Kohli to settle down as his successor. Overall, if you were to measure Dhoni’s status, it would be the same as Tendulkar’s. Whenever a list of Indian legends will be drawn, Dhoni will figure along with Sunil Gavaskar, Tendulkar, Dravid and Kohli.

The way Dhoni is playing currently, he will surely go on to play the 50-over World Cup next year. And if he wishes so, he can play the 2020 T20 World Cup too because he is so fit still, and age has nothing to do with it. Dhoni is capable of playing the shorter formats for two-three years. When I could bowl fast at 38-years-old, why can’t a batsman, a spinner, or a wicket-keeper play in the shorter formats? Dhoni’s job is tough though, as he has to keep wickets besides batting. But if you play him as a pure batsman, he could play for India for five more years!