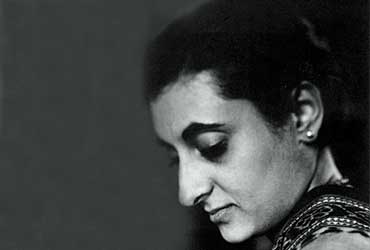 It's a brave biographer who will take on the subject of Indira Gandhi's sex life. The world, though, could have had a glimpse of it had M.O. Mathai, Jawaharlal Nehru's special assistant, not withdrawn the chapter titled 'She' from his autobiography My Days With Nehru. In it Mathai apparently claimed he had had an affair with Indira Gandhi for 12 long years.

Indira Gandhi's new biographer Katherine Frank (Indira: The Life of Indira Nehru Gandhi; HarperCollins is to be released in India next month and has already received rave reviews in Britain) believes she and Mathai were probably lovers. Frank, who seems to have read 'She', says it would have been unprintable anyway.

The new biography is indeed a remarkable story of the woman in Indira, controversially focusing on her intimate side—from her first love, a German teacher at Shantiniketan, to her long pre-marital relationship with Feroze Gandhi and then Mathai, Dinesh Singh and Dhirendra Brahmachari.

Frank dwells at some length on the rumours of Indira Gandhi's affairs with "none other than her father's...