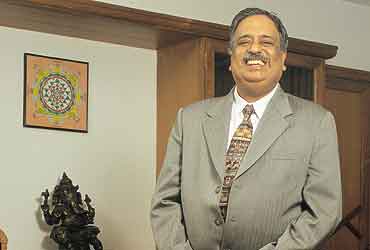 outlookindia.com
-0001-11-30T00:00:00+0553
Less than two years ago, UTI was not only frowned upon, it was considered diseased. News of an opaque top management's investment decisions for personal gains and a complete lack of transparency surrounded this 40-year-old organisation. In 2001, when UTI's oldest and most trusted mutual fund scheme, the venerable US-64, suspended sale and repurchase for six months, all hell broke loose. A series of sackings later, the government nominated M. Damodaran, then joint secretary (banking), as chairman.

Today, as UTI Mutual Fund—one that manages all the schemes except those whose returns are guaranteed by the government—celebrates its first birthday, the feeling of a turnaround pervades at the organisational and structural level but equally in the most important reason defining any fund's existence: transparency. There are many funds whose performance is below par, whose service standards aren't up to the mark. But the biggest problem with UTI was that it was the only fund that blatantly refused to follow SEBI guidelines—and got away with it. The path to accepting the spirit of what it was, a mutual fund, has been arduous but short. As Damodaran and his team celebrate the turnaround—arguably the biggest in India's financial sector—Outlook tracks that path.

Says Damodaran: "I think it's due to the systems put in place, putting the right people on the right job. It's the result of having much more transparency, increased disclosures, addressing several legacy issues. Recognising that this is an organisation with an enormous storehouse of talent. Not that the talent has appeared overnight, it's been there. But giving them the opportunity to excel themselves has been one of the key things in the transformation." Essentially, three things:

The CEO is not the CIO
Probably the biggest problem at UTI was that the chairman decided, on a day-to-day basis, which stocks to buy and sell. For instance, if a scheme had to buy scrip 'X', the fund manager had to put down the company name, number of scrips and price range on a piece of paper. This paper would travel right upto the chairman, get his permission to go ahead and come back down to the fund manager. Done every morning, this could take up to an hour. Which meant UTI was not there in the markets for the first 60 minutes after opening. "Worse," says Damodaran, "if there was any information leak, other market players could take positions with the clear knowledge that UTI would do something."

Damodaran delinked the CEO's role from the CIO's (chief investment officer). Although he still gets reports at the end of the day as to what is bought and what is sold, he doesn't take part in the buy-sell decisions; that's the job of his fund manager now. "The fact that the CEO is not the CIO demonstrates that the investment function is in the hands of a specialist who knows his job, who has to do that job and nothing else," says Damodaran. "He doesn't have to run the organisation."

The right person for the right job
Typically in a mutual fund, one fund manager looks after one category of schemes. Each fund manager specialises in either equity or debt and then manages the schemes in that segment. This simple logic of deriving efficiency from specialisation was not done at UTI. So you would typically find a fund manager managing some equity, some debt, and even sector schemes.

No more. Today, each fund manager manages schemes of the segment he is best qualified for. He isn't bothered with the rest. So each fund manager knows what his investment objectives are, he knows the price of his investments and the liquidity of the scheme. Says Damodaran: "All of that knowledge necessarily resided at the fund management level. Now, where knowledge resides, we ensure that responsibility and empowerment rests as well."

Technology-driven
In the pre-Damodaran UTI, if there were 10 funds, each wanting to sell 10,000 shares of a particular scrip, the decision to allocate sales to various schemes rested on the whims and fancies of dealers who could decide which funds needed to sell first. That arbitrariness is over and has been replaced by a regulatory-guidelines-sensitive software that executes these deals on a pro-rata basis. If any SEBI regulations are breached—by the purchase of any share, for instance—the system will reject the order. A beneficial by-product of putting these systems in is that fund managers can distance themselves from duties that can be taken care of by technology, which allows them to concentrate on managing their schemes.

The big buyer
UTI Mutual Fund may be India's largest, but other funds are catching up. Targeting growth, UTI has announced the buyout of the schemes of il&fs Mutual Fund, which would see its corpus inch up from Rs 19,661 crore to Rs 22,241 crore. "There is continuous consolidation in the mutual funds industry and we think it's in the best interest of investors as costs will be reduced since they'll be spread over a large corpus," claims Damodaran. So is inorganic growth the way for UTI now? "No, organic growth will be our preferred way. Takeovers would, at best, supplement it."

So, UTI Mutual Fund has been reborn. With systems in place, Damodaran has ensured that credibility is high again. But now comes its biggest challenge: delivering performance. Can UTI consistently outperform the market? Last year, a rising stockmarket helped it trim its unusually large portfolio. But the true test will come when markets decline. How efficiently UTI will be able to weather the ups and downs of the market will determine its bond with its loyal and one million investor accounts in future.

Having steered the turnaround, is Damodaran taking a little break now? On the contrary, he's taken up another equally daunting task—turning around idbi. But he's unfazed: "There is nothing to worry." The task is simple, he says: "Access low-cost funds, transfer npas to an asset reconstruction company and enter into negotiated settlements with promoters." Err...simple he said?