Move Over To The Data Call 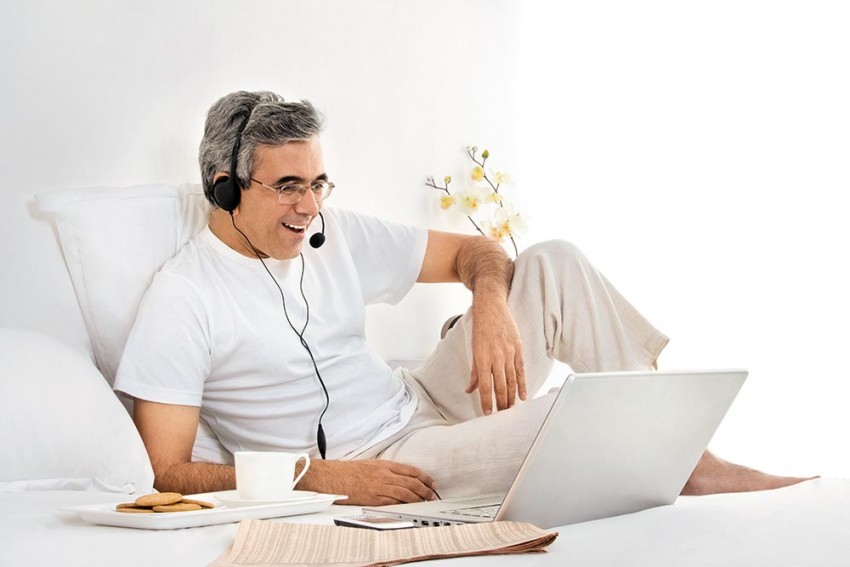 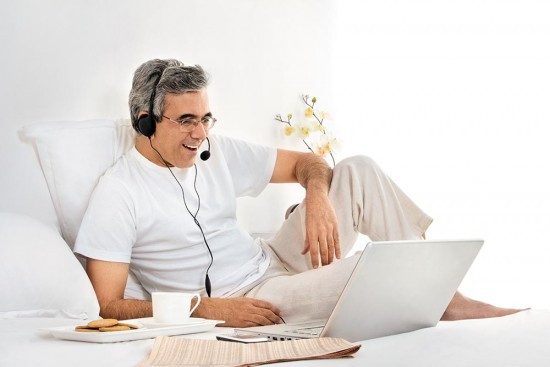 If the plans of the Department of Telecommunications (DoT) come to fruition, telephony in India will change forever giving the already pampered Indian telecom consu­mer even more flexible options to make and receive telephone calls. Late last month, the DoT allowed telecom companies to offer VoIP (Voice over ­Internet Protocol) services, that enable a person to make telephone calls over the Internet. The technology, which has been in existence for several decades, was so far banned in India ­because of security concerns—many terrorist groups used this technology in the past to make calls to their network as it was a secure domain which the government could not tap into.

So far, calling within the Internet was available and allowed in India in a limited way: where a user could call one computer from another. Also, VoIP calls were being done ‘peer to peer’, like in WhatsApp, Skype and other such apps. However, the policy position for these calls was not clear since they were operating within an app. Many of these services were also not registered in India so the government did not have jurisdiction on them.

In the new policy, full VoIP clearance has been given under which a user will be able to call a computer from another computer, a normal phone from a computer or a phone from another phone using the internet instead of a traditional telephone line which uses circuit switches. Circuit switches are used in what is known in technological terms as a Public Switched Telephone Network (PSTN) which, in other words, is the normal telephone we have been used to so far. They work with standard analogue telephones where you have one line that allows you to make or receive calls. VoIP, however, surpasses the need for that physical line and uses the Internet to provide voice transfer.

VoIP has several advantages for the consumer. First, it is much cheaper than the conventional phone call. Being routed through the Internet, there are no actual call costs for a user, who will only have to pay for the data or internet service that he/she subscribes to or consumes. This becomes particularly useful when making an international call as well as when someone is travelling abroad, where conventional call are prohibitively expensive. Through VoIP, calls will cost only as much as the data usage, which works out to be much cheaper than a normal telephone call. This is bound to benefit the user despite data costs in India being relatively higher than in many other countries.

Also, for VoIP calling, no additional ­infrastructure or physical hardware or customer premises equipment (CPE) are required as it can use pre-existing telecom equipment and devices. This means one can just use their existing mobile phone and an existing internet connection to make calls anywhere in the world at no additional cost. Telcos will also benefit as almost no additional infrastructure is required to enable VoIP. What’s more, users can use their existing phone number to make VoIP calls irrespective of the location, though the DoT and TRAI (Telecom Regulatory Authority of India) have given consumers the option of having a new 10 digit number exclusively for VoIP calls.

The flipside though is that there is still a big question mark over the quality of VoIP calls. At a time when newer technologies like 4G have brought in crystal clear voice quality, there could still be some hiccups as far as VoIP is concerned. The quality of VoIP calls would be as good as the robustness of the internet connection. In India, networks in several places are not good enough and not stable. This could result in latency, buffering, bad voice quality and connection breakage. That is obviously not something the consumers would appreciate.

Moreover, with Reliance Jio overtaking the market since September 2016 with its 4G service, call costs have gone south for most carriers, so much so that for most plans, consumers are charged a flat fee, at times just for data, and calls are in general, free. In such a scenario what benefits can VoIP bring in?

As of now, VoIP calls will work on one’s own data network on the phone as well as on domestic and public WiFi. The government has also said that the calls will work on a mobile number even if the data plan is on another number in a dual SIM phone. “The TRAI order says that VoIP calls can be made through any type of network and not just WiFi. One can make VoIP calls even on a SIM that does not have data. This is possible on dual SIM phones. Over 80 per cent of all smartphones in India are dual SIM phones today. So this will be a useful provision,” says Inderpal Singh Mumick, founder and CEO Kirusa, a VoIP service provider.

The government is also increasing the number of WiFi hotspots or public WiFi places in the country and has issued ­orders in this regard. “We have asked TRAI to work out an operational framework...it will give a big fillip to the growth of public WiFi hotspots in India,” says telecom secretary Aruna Sundararajan.

“VoIP calls can be made through any network, not just WiFi. One can make them even on a SIM that does not have data.”
Inderpal Singh Mumick, founder and CEO, Kirusa, a VoIP ­service provider

The only major concern is that VoIP will drive the nail further into the revenues of telecom service providers. The telcos are already stretched to their limits with falling voice revenues. This has been accentuated by the coming of Reliance Jio, post which most calls have become free, driving voice call revenues to a nadir. Once internet telephony picks up steam among users, voice call revenues are expected to sink further causing a bigger dent in telcos’ revenues. This is because voice calls still account for 50-60 per cent of their revenues. Though data is increasingly becoming popular and compensating for the loss in voice revenues, voice is still a major market component and India is still some way from becoming a ‘data country’.

Also, telcos still have to pay the Interconnect User Charge (IUC) for terminating calls. In a scenario where calls are free either on 4G or VoIP, there will be no revenue from calls, but telcos will have to pay IUC. This will be revenue negative for them. The good news is that the TRAI had recently ­reduced IUC drastically and now proposes to abolish it totally. While telcos have been opposing it, this may actually be beneficial for them.

The flexibility in VoIP may push many voice subscribers of telcos towards internet telephony as an overwhelming majority of telecom users today already have data in their phones. “This will be good for pure 2G subscribers who do not have high speed 3G or 4G lines or VOLTE phones. They would still be able to make better internet calls from the existing phones,” says Arvind Dhayal, manager technical services with MTNL. According to existing data, a majority of Indian mobile subscribers are still on 2G networks.

It is expected that soon, telcos will start offering their VoIP initiatives. The government-run BSNL was first to jump into the ring by offering its VoIP service ‘Wings’. Others are expected to follow soon. Plus, there will be third party apps like ReachMe which offer VoIP services. This space will get crowded soon.

VoIP may bring in a new regime of voice calls for users and provide them flexibility and cost efficiencies in long distance calls. But the technology itself has to improve to ensure quality, especially in a scenario where calls are gradually available free of cost, it has to offer a better and compelling reason to switch. Till that happens, it might not be able to make that required impact in the telecom industry.

Our Loves, Lost Once, Then Regained