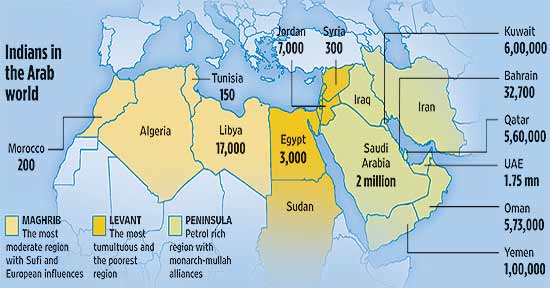 There’s a downside to the people of India taking pride in their country’s credentials of being the world’s largest democracy—street protests anywhere abroad inspires some to mount pressure on New Delhi for endorsing the agitating throng unequivocally. This sentiment came to the fore again this week as the upheaval in Egypt prompted a demand from the chattering classes that New Delhi should substitute its weak, cautious support with an expression of strong approval of those pouring into Cairo streets against President Hosni Mubarak. These sections must have drawn solace from foreign minister S.M. Krishna’s belated comments on February 2 that “the people of Egypt are fairly clear in their thinking and their action and those who are ruling Egypt must see the writing on the wall.”

Was Krishna’s remark a diplomatic way of extending support to those who want Mubarak out? In fact, the statement was ambiguous enough to provide scope for the MEA to claim that Krishna’s remarks were in consonance with India’s policy of not adopting a ‘prescriptive’ approach to the internal affairs of another country. Yet there’s no denying that New Delhi has subtly kept refining its stance through the week, taking care to keep abreast of daily revisions in the position of western powers, particularly that of the US. Thus it is that Krishna’s remarks came within hours of US President Barack Obama demanding an immediate, peaceful, meaningful change in Egypt.