Moths At The Altar Of An Illicit Flame

Journalist, author and visiting faculty at IISc Bangalore, Amrita Shah delves into the heart of the Gujarat metropolis to come up with an intimate portrait of a city and its people 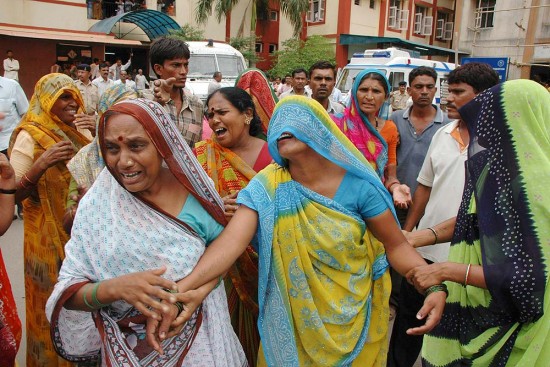 July 9, 2009: The toll has risen to fifty. Three hundred victims are being treated at three hospitals. Most of these men will die. Stupefied by liquor, they are likely to have ignored the initial signs, the vomiting, the stomach pains, the prickling behind the eyes. By the time they have arrived at the hospital doors, likely as not the poison has corroded their insides to an irremediable extent. Illicit hooch contains a distillate of a fermented wash containing methyl alcohol, ammonia, rotten fruit and sometimes copper sulphate. Hospital authorities explain that methyl alcohol is metabolised into formaldehyde when consumed, the poisonous formaldehyde cells affi­xing themselves to tissues. The process takes three hours. During this time, ethanol, intravenously injected, can prevent the digestion of methanol by the liver and allow it to be excreted without metabolism. But with patients arriving 24 hours or more after consuming the lethal drink, chances of survival are low.

The next day the modus operandi begins to unravel with the arrest of a hooch supplier, Harishanker Kahar. A migrant from Uttar Pradesh and a habitual offender, Kahar or ‘Hariyo’, as he is called, is a wholesale distributor of country-made liquor in Ahmedabad. Hariyo’s arrest puts the police on the trail of the supplier of the hooch, an absconding dairy owner in Mehmedabad, a satellite town of Ahmedabad. Hariyo confesses that he knew the 700-litre consignment he had received from Mehmedabad on July 5 was possibly lethal when his alcohol meter showed twice the regular concentrate of methyl alcohol. He reckoned he could dilute it more than usual and double the stock. He continued to sell the brew even after learning of the deaths. Hariyo is booked for culpable homicide (not amounting to murder).