Madurai veerans on one side, Chettiars on the other. Koothu parotta or your life? 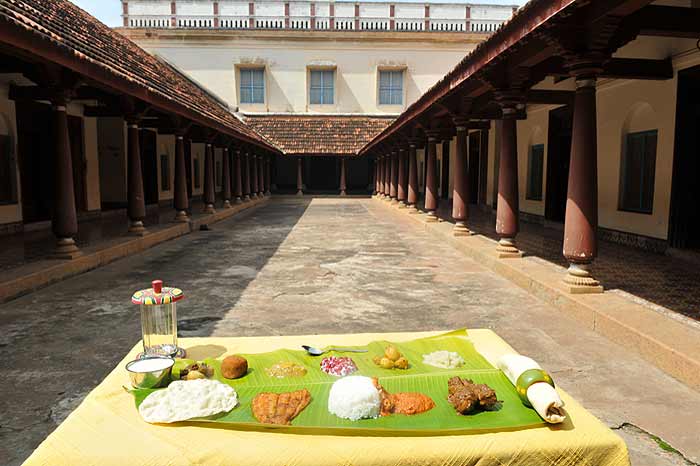 Madurai is where we begin our journey into the unknown quarter of Tamil Nadu. Everyone knows of Madurai, of course. It has a reputation as a city of celestial delights. The god Shiva was so enchanted at the sight of her gilded towers reflected in the myriad ponds and a reservoir brimming with water lilies that drops of honey fell like a blessing from his locks and gave it its name—Madurai—city of nectar.

We shall not mention, except in passing, that it is now better known as a city of noise and dirt, a busy industrial hub with narrow lanes crowded with merchandise of the pirated variety from all over the world. Or that even today the people of Madurai live up to their traditional role as Madurai veerans, warriors who settle their disputes on the spot, in blood where possible. The martial spirit is best seen during Pongal in mid-January, when the surrounding villages welcome the Sun god back into the northern hemisphere with much drumming and festivities, during which time every household boils the newly harvested rice, green gram and jaggery together in beautifully decorated mud pots in their courtyards and children dance around singing “Pongala-Pongal!” when it brims over. The streets are filled with the wild cries of Jallikattu, or bull running, an ancient Tamil sport that earnest citizens have tried to ban, but which in Madurai seems the right thing to do.

Everyone lives on the edge in Madurai and the edge is where the journey will take us. All the way along the eastern side of the delicately shaped south Indian peninsula, past Ramanathapuram and Chettinad country and into the dry lands of Tuticorin, locally known as Toothukudi.

The image of the Madurai veeran, a swarthy man with a curling moustache either astride a horse or walking beside a prancing horse is a popular motif on the stone and wooden struts of the pillars and chariots that adorn the famous Madurai Meenakshi temple.

Like the man and his horse, the food that you find being made in Madurai is of a hearty kind. Even the making of it has a martial ring to it as the koothu parotta makers deliberately strike their metal spatula against the hot iron griddle, like drum-beats, roll and scrape it around the edge, making a rasping noise, while splashing the oil onto the disc of soft maida kneaded into balls and flattened by hand while it is being roasted and then finally after they have added the onions, the spices, the egg mixture that is beaten in a separate metal bowl, mash it all up into fragments with a final flourish.

It’s at night that the streets around the Meenakshi temple come alive with street vendors pushing their wares on their mobile carts. Some of the better known food chains, such as the Murugan idlis, started off on the roadside, as little old ladies ground their grandmother’s recipes and steamed them into edible packets for pilgrims to sample. One of their best known outlets is just next to the temple.

The decent way to eat at these places is to send a limo, Madurai mafiosi style, with a driver to collect the food....

As for Jigardanda, a drink of such terrifying mystique with ingredients that appear to have been dredged up from the deep waters around the Gulf of Mannar, just whispering the name and going in search of it to a depot near the palace of the Nayaks, or Maratha kings, is to live dangerously. If not the carts, the choice is between a ‘mess’—well named in the case of the most famous one, the Amma Mess—and a ‘military hotel’. These are designed in such a manner that often you can trip over your choice of quail, rabbit, chicken or pigeon, still in their cages at the entrance of the establishment, while trying not to look at the young man who is chopping and cleaning the fresh specimens before tossing them into large metal vessels to be marinated and processed into various biriyanis and curries. Even the flies that are attempting kamikaze actions around the wooden platform perish in small heaps at the landing. The decent way to eat at these places is to send a limousine, Madurai mafiosi style, with a driver and his sidekick to collect the food in tiffins. In such cases, despite all that we may have said about the ‘mess’ culture, the results are awesome.

Karaikudi, the home of the now famous Nattukottai Chettiars, takes its name from the ‘Karai’ tree. The Nattukottai Chettiars are famous as the native bankers who left their ancestral villages in the area to seek their fortunes in Southeast Asia during the days of the Raj. They were equally resourceful when they returned to home country. Part of their success is due to the Chettiar ladies who looked after the estates in their absence and kept the kitchens alive with their own brand of cooking, now famous as the Chettinad style. 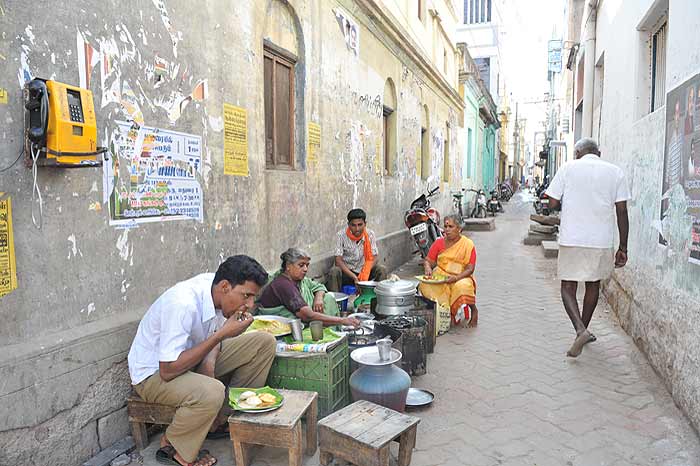 When in Madurai My mami’s roadside idlis are the best. (Photograph by R.A. Chandroo)

In its essence, the Chettinad style is the most frugal style of making the best of local ingredients. The various legumes, grains, pulses and locally grown vegetables are meticulously prepared and marinated in yogurt and spices before being left to dry in stages on the terraces of the Chettinad houses, to be used later. Or in the case of non-vegetarian items, every bit of the rabbit, chicken, quail, shark or mutton is used in broths and curries, or embedded into layers of rice or savouries to create an impression of plenty.

The fabulous variety of Chettinad- style cuisine served in an exquisite atmosphere of western comfort is best experienced at The Bangala, run by Mrs Meiyappan, popularly known as “Subz”. She’s redefined the meaning of Chettiar-style hospitality into a brand that has put dusty, distant Karaikudi on the international tourist map. There are now half a dozen hotels and homestays, but to have dinner at The Bangala is to touch base with the glory days of the Chettiar Century, ie the late 19th century.

One of the signature styles of eating the Chettiar way is of course to dine off their large banana leaves, at least 5 feet in length. The banana plantations that line the road to Toothukudi are what catch the eye. What makes the journey fascinating is that on one side you see the banana plantations, on the other the salt pans. In Tamil folklore, Toothukudi is synonymous with salt.

My guide to present day Toothukudi is Xavier Benedict, an architect working in Chennai, whose passion is to revive the former Dutch enclave at Pulicat, further north on the coast beyond Chennai. His family were ship owners, part of the traditional fishing community in Toothukudi. The coastal town that overlooks the Gulf of Mannar was always famous for its pearl diving industry. Arab merchants and traders carried away the pearls that were in great demand amongst the Persians.

Macaroons are however the pride of Toothukudi today. “We are the original makers of macaroons,” says Xavier, “we got the know-how from the Christian missionaries who came here from Macau, near Hong Kong, with St Francis Xavier in the mid-16th century.” The blue and white Basilica and Cathedral named ‘Our Lady of the Snows’ where St Xavier prayed stands like a grand tribute to the wedding cake style of church architecture favoured in the region. It could well be a fantasy made from macaroons, a combination of egg-white, sugar and cashew nuts, often of cement-like consistency.

Does this leave us with time to make a quick dash to Dindigul? Certainly, if only to report on the other major contribution made by the Muslim community who brought their technique of combining rice and meats to make biriyani. In Dindigul, the first biriyanis were said to have been made during the time of Hyder Ali who spent time there with his favourite wife Fakhr-un-Nissa and the five-year-old Tipu Sultan. Two hundred years later, the Dindigul Thalapakkati Biriyani brand is making the rounds all across the state. Its main claim to fame is the use of small-grained rice, called jeeragasambha and a generous helping of spices that give it the taste and texture of the rock that juts out of the land like a giant clenched fist and gives its name to the town of locks and rocks—Dindigul. 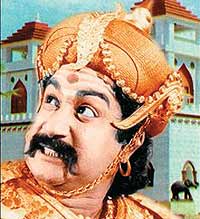 As we travel to Karaikudi, we pass the fort of famous warrior and Tamil folk hero Veerapandian Kattabomman. As legend goes, an ancestor of the 5th Kattaboman—revered as a patriot who challenged the British overlords—was hunting in the area when he saw a hare chasing seven hounds. “Lo!” he exclaimed in Tamil, “this is a landscape that breeds brave souls, I shall put down my spear here.” And he did. One of Kattabomman’s liegemen who betrayed him as shown in the famous film starring Shivaji Ganesan—described as the Poligar of Ettayapuram—owned a vast piece of land in Chennai, which is where the new ITC hotel has been built.

The author is a Chennai-based freelance journalist and art critic

Between Korma And Karma