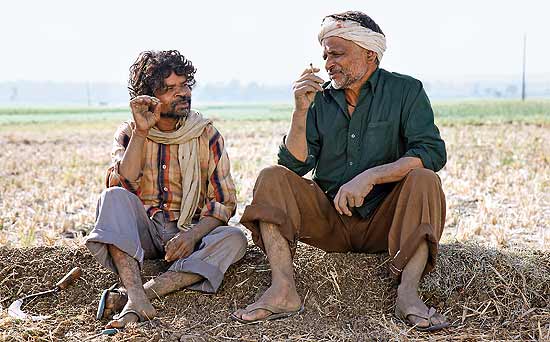 Like it or not, India has to be governed within the framework of coalition politics. It’s also evident that economic growth has declined in the last few years. Accelerating the growth rate from 6 to 8 or 9 per cent will require substantial efforts in the coming year. So, what reforms can ensure accelerated, sustainable, voter-friendly economic growth? Some are of immediate significance: the regulation of telecom, power sector, retail trade; and the governance of NREGA.

The 2G telecom scam is an excellent example of corruption-ridden governance in a booming sector. How could Union telecommunications minister A. Raja get away with irregular practices for so long? Did coalition politics drive regulatory failure? Had Prime Minister Manmohan Singh acted like former PM A.B. Vajpayee, there would have been no crisis. Vajpayee had taken over the telecom department in 1999 and resolved the issue of low investment by taking regulatory measures. Manmohan Singh, on the other hand, decided to live with Raja under the threat of DMK’s withdrawal from the government in 2008.

So, can regulatory institutions be protected from the compulsions of coalition politics? The PM understands that Indian regulators should be granted licensing powers (as in the US and UK). Independent, accountable and competent regulators are more likely to be driven by considerations of efficiency. It would be a welcome start if a competent, legally informed technocrat were to chair the telecom regulator trai rather than a former government servant.

The power sector poses a greater infrastructural challenge. Most states have regulators, and true to World Bank advice, they have broken up their state electricity boards into government-owned generation, transmission and distribution companies. The Electricity Act (2003) has also sought to create a market for electricity generators. But distribution firms that serve consumers are largely owned by the government and their losses are mounting (Rs 80,000 crore). This is a huge and ever-growing hole in the government’s pocket.

Theft and free agricultural consumption of electricity remain the bane of power sector reforms. Electricity often reaches rural consumers at odd hours, the utilities do not maintain their assets, and humans and animals are routinely electrocuted. The government’s strategy of deploying technocratic solutions has been largely futile. There is a need to convince rural voters about the merits of a progressive tariff structure that subsidises the poorest to the greatest extent in return for a higher quality of supply in rural areas.

Measures directed at poverty alleviation must accompany infrastructure development. Rural distress is a challenge and regulated retail trade with foreign investment can mitigate it. It also has the potential to raise farm incomes by bringing the farmer closer to the market. The government will need to deal with traders and opposition parties like the BJP, who will mobilise them. The large retailers and the government are on a similar wave-length. But the government will need to devise effective regulation to check the monopolistic propensity of large retailers. The argument needs to be made that if Singapore’s large retail stores have not been able to eradicate its popular ‘wet markets’, the kirana store in India also has a substantial future alongside the large retailers.

The implementation of NREGA—with all its shortcomings—is the first real signal that governments are betting on welfare for garnering rural votes. The programme has reduced migration during the lean season; it is a demand-driven process and the hard work put in has benefited the poor; marginal farmers are spending on education, food and consumer goods; and, women are paid at par with men for work that is easily available. State governments could learn lessons from the best practices of Andhra Pradesh, where the government has creatively designed a social audit office that functions as a check on corruption, and has actively involved NGOs in the task of educating the poor about their legal rights.

Governing infrastructure well is essential for India’s growth. And, employment opportunities and generous farm prices are a social imperative and an electoral necessity at a time when the voter cannot easily be deluded by the pseudo-politics of self-respect or Hindu nationalism. Attending to these issues will stand the state and central governments in good stead before they next approach their electorates.

(Rahul Mukherji teaches political economy and development at the South Asian Studies Program at the National University of Singapore and has recently co-authored India Since 1980, with Sumit Ganguly)

‘If Policies On Fiscal Deficit Go Bad, All Bets On Inflation Are Off’