More Suns In The Thar?

Santhanam has put the government in a quandary: do we or do we not retest? 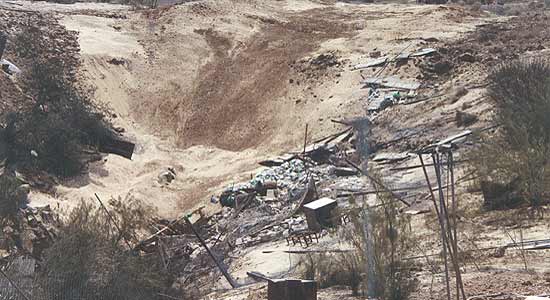 Doubts over the success or failure of Pokhran-II had always been brushed away in the Indian scientific establishment as nothing more than a “storm in a teacup”. But ever since former Defence Research & Development Organisation (DRDO) scientist K. Santhanam asserted that the H-bomb tested on May 11, 1998, had “underperformed”—most recently in an extensive interview to Outlook last week—the storm has spiralled out of the cup, compelling political leaders and strategic experts to renew the debate on whether or not India should foreclose its option of conducting further tests.

“The government is now in a Catch-22 situation,” former foreign minister K. Natwar Singh, who left the Congress a few years back, told Outlook. “Now, they will be damned if they do, damned if they don’t.” His comment pins down the dilemma before the ruling Congress-led UPA coalition government: Pokhran-II was the baby of its main political rival, the BJP-led NDA; and on it lies the onus—whether credit or blame—for conveying the impression that India possesses the technology to produce the thermonuclear or H-bomb. However, the UPA can’t play the blame game—for that could bolster those who want India to conduct one or two tests to ensure it possesses the requisite bomb technology.

“Irrespective of what comments Santhanam has made about the H-bomb, I agree that we mustn’t sign CTBT.”
—Yashwant Sinha, former foreign minister

For one, a nuclear test could jeopardise the Indo-US civil nuclear deal, which is premised on India refraining from another Pokhran. Complicating the situation is the push American president Barack Obama is likely to give to the Comprehensive Test Ban Treaty (CTBT). This is because Pokhran-II saw India declare a unilateral moratorium on more nuclear tests, convinced as it was that its design for the H-bomb didn’t require further validation. Should India now lift the moratorium to undertake one or two nuclear tests, as Santhanam has recommended, the window of opportunity available to India is till such time the CTBT comes into force.

Santhanam’s disclosure has decidedly cast doubt over the political establishment. This is reflected in former foreign minister and BJP leader Yashwant Sinha’s recollection of May 11, 1998. “We were all waiting eagerly at the prime minister’s residence at 7, Race Course Road to hear the outcome of the tests,” he recalls. “We were told by the team that the tests were successful. Nothing was said about any of the tests failing.” Though describing the former DRDO scientist as a “responsible person”, Yashwant says he himself isn’t a nuclear expert to judge the veracity of Santhanam’s claims. He adds, “There’s a new government in office now. If they think the tests, which were conducted by a BJP-led government, were not successful, they should raise doubts.”

This apart, Yashwant says India shouldn’t foreclose the option of conducting further tests by signing the CTBT. He argues that there’s inequity in the nuclear world order and unless the P-5 (US, UK, Russia, China and France) agree to stop all tests, India shouldn’t either. “Irrespective of Santhanam’s comments on the thermonuclear test, I’d agree with him that we shouldn’t sign the CTBT,” Yashwant declares.

“Scientists must sort out their differences. We mustn’t sign CTBT, but our moratorium on testing must continue.”
—A.B. Bardhan, CPI general secretary

The Communists were never ecstatic about Pokhran-II. The controversy Santhanam has stoked prompts CPI general secretary A.B. Bardhan to tell Outlook, “If there are differences of opinion among the scientists, they should sit together and sort it out. But India shouldn’t sign the CTBT, though our moratorium on nuclear testing should continue.” Congress spokesperson Abhishek Manu Singhvi, understandably, is not very bullish about the government evolving a consensus among scientists on Pokhran-II. He says, “The Congress believes in national unity, continuity and consistency on issues of foreign policy and security concerns. The government has already clarified and the Congress-led UPA endorses that view. It’s our duty not to present a divided house only to make temporary gains.”

There’s no denying that Santhanam’s comments have rattled the political establishment. The government fielded two scientists, R. Chidambaram and S.K. Sikka, to pick holes in Santhanam’s thesis. There have also been concerted attempts at maligning him—he has been portrayed as the “logistics” man rather than an “insider” on Pokhran-II. This is aimed at not only protecting India’s nuclear reputation, but also pursuing  policies formulated post Pokhran-II.

“The H-bomb is about how many more people you can kill. It’s a political, not a scientific decision.”
—Arundhati Ghose, former diplomat

Before Pokhran-II, in the mid-1990s, India had strong objections to signing the CTBT, believing it was discriminatory and didn’t address the goal of “universal elimination” of nuclear weapons. But post Pokhran-II, many in the establishment thought New Delhi could sign the CTBT, subject to certain conditions. As former Indian diplomat Arundhati Ghose, who played a key role in the CTBT negotiations in Geneva, says, “When we rejected it, we were not a nuclear power; today, we are. But we should relax and still not rush into signing the treaty.”

Ghose says India should sign only after ensuring all countries sign and ratify the treaty, and with their clear acceptance of India enjoying the same rights as the other five nuclear weapon states. Nor should there be loopholes for some to conduct tests with yields too low to be detected (Russia and China are doing that) and yet preventing others from testing. “There should also be a firm commitment on universal elimination of all nuclear weapons within a given time-frame,” she adds.

“The government is in a Catch-22 situation. They’ll be damned if they test again, and damned if they don’t.”
—K. Natwar Singh, former foreign minister

But haven’t Santhanam’s comments changed the scenario? She says the scientist has raised doubts about India’s fusion, not fission technology. “So the credibility of India’s nuclear arsenal is not really being questioned. Whether or not to have a thermonuclear bomb has more to do with the glorification of nuclear weapons technology. Basically, what’s being discussed is: how many more people can you kill? This is a political, not a scientific, decision.” She says she fails to understand why the scientists would lie to the government. “If one of them had not worked properly, we could have conducted six more tests at that time, since we knew sanctions would be imposed on us in any case.”

As the debate rages on, most agree that Santhanam’s disclosures have created a new scenario for the government—it may not conduct further tests, but it’s unlikely to rush into signing the CTBT, as and when it feels the US heat.

‘For Now, The Film’s Been Shelved’