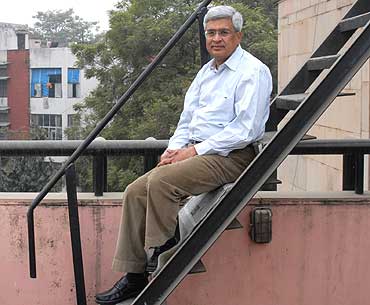 It wasn't the most propitious start to the life of a man who, in the years to come, was to become a powerful Communist leader in the world's largest democracy. But in the autumn of 1948, when he was barely six months old, Prakash Karat fled his birthplace—Letpadan, 100 miles north of the Burmese capital, Rangoon—in a truck, to escape advancing Communist insurgents. It was the year Burma, now Myanmar, gained independence from the British on January 4, only to be engulfed in successive insurgencies by the Red Flag Communists and the White Flag Communists, led by army rebels calling themselves the Revolutionary Burma Army.

"That, ironically enough, was my first brush with Communism," recalls an amused Karat. "My mother, sister and I were evacuated from Burma, along with other Indians. We went to Palakkad, in Kerala, where I spent the next four and a half years, before returning to Rangoon to rejoin my father."