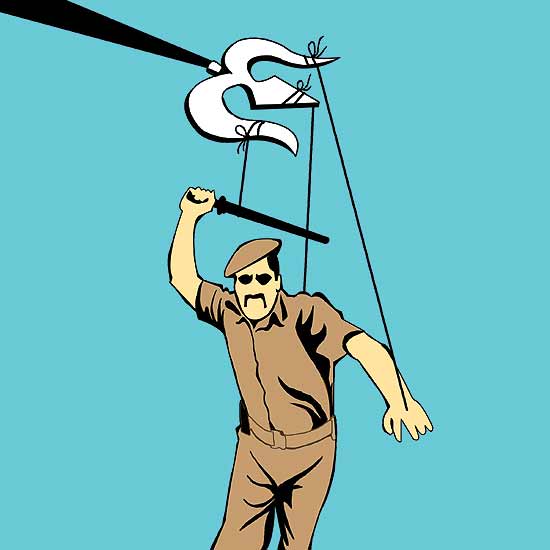 As investigating agencies proceed to nail terror-related charges on members of the RSS and its affiliates, the Narendra Modi government in Gujarat has stealthily been weaving a web to discredit, arrest and prosecute people who collected and brought to light crucial evidence driving many cases related to the 2002 anti-Muslim riots. The Modi government, it seems, is keen to turn rights activist Teesta Setalwad into another Binayak Sen. Television journalist Rahul Singh and advocate M.M. Tirmizi too have been feeling the pressure of probable prosecution in the matter of the Pandharwada mass burial.

The Gujarat police has already knocked twice at the gates of Singh, whose television coverage had exposed the undignified  dumping of the bodies of murdered Muslims of Pandharwada village in a pit off the Paanam river, near Lunawada. Singh, the son of a newspaper editor who has also served in Gujarat, has said on record that the Gujarat police has offered to let him off the hook if his testimony frames Teesta for manufacturing evidence in the mass burial case.