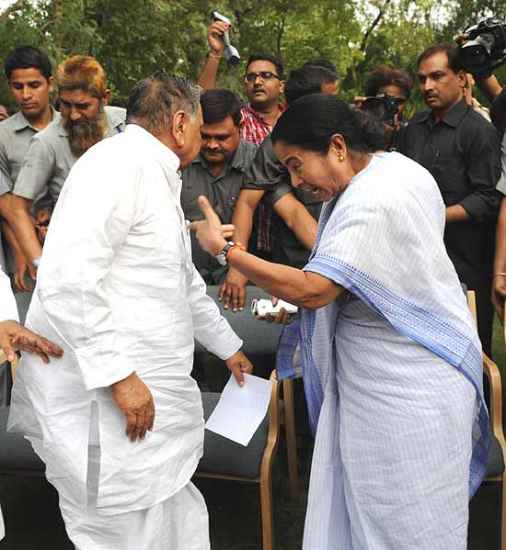 Never did the country’s oldest party look so diminished as it did on the evening of June 13—and never did its government get so quickly enfeebled. In little less than an hour, three top central leaders were cut down to size in full public view by two regional satraps. And, what was to be a “consultative step” towards electing the next president ended up throwing question marks over the authority of UPA chairperson Sonia Gandhi, the confidence of alliance partners in Prime Minister Manmohan Singh and the acceptability of his cabinet’s most experienced face, finance minister Pranab Mukherjee. Before nightfall, TV talking heads were debating the longevity of the ruling alliance and the prospect of early general elections. And the buzzword M&M—short for Mamata Banerjee and Mulayam Singh Yadav—was on every lip.