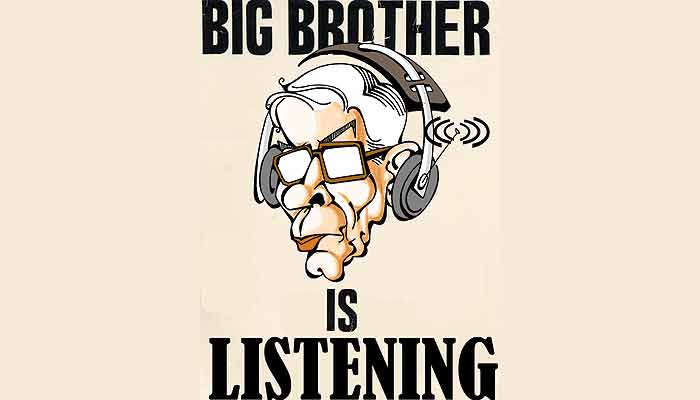 Now that there is so much ‘hawa’ about telephone-tapping-shapping, I feel it’s my duty to share a few thoughts on a subject so close to my heart. As everyone knows, in my heyday as National Security Advisor (NSA) I was a tapper extraordinaire. And I achieved this distinction because I was a patient listener (I have heard more conversations than most telephones and Amar Singhs put together). In fact, I was a 24x7 sleuth who overheard loose talk round the clock, sleeping only between calls. Yes, believe me, those were exciting times. And now? As governor of West Bengal I am reduced to tapping my own phone and those of my colleagues in the Raj Bhavan. Why, it was only yesterday that I downloaded on the off-the-air-GSM/CDMA monitoring system (gifted to me by the Ukraine government) one of the peons ordering roshogolla from Balaram Mullick (a sweet shop on Park Street) and asking for a discount. Later, like any good intelligence man, I listened to the call several times trying to decipher all the hidden meanings and even tried to tap-dance to it late into the night. Which left me exhausted but at least everyone in Raj Bhavan now knows that the guv is always listening in.

That apart, my tapping over the years and the voluminous transcripts I have accumulated have got several publishers interested. I understand they see a goldmine here, not because of any scandalous conversations between bigwig politicos, but because I took great pleasure in also tapping ordinary people. So you have housewives discussing the price of atta and rice. Or take this revelation: Arun Kanwar and Neeta Iyer met on March 12, ’07, at Delhi’s Nehru Park and later went for cold coffee at Barista. In fact, such is my obsession with listening in that while holidaying in my hometown, Palghat, I once tuned into the mobile phone of the local toddy-tapper. He was heard confiding to a friend that climbing palms was giving him a toothache. Apparently, his dentist (a part-time poet) had told him that defying gravity causes cavity. I tell you, there’s no end to the way people make fools of others!

Now you may wonder why tapping fascinates me. Well, the sheer pleasure of hearing recorded conversation is something that cannot be distilled into words (one of my IB friends describes it as “an eargasm”). Indeed, the tonal variations when a person is troubled, happy, exhilarated or plain bored is magical. Those blessed with the ‘heard’ instinct will vouch for this. As for me, I was born with the trait. Which is why I have in my study a poster of Frank Tyger, an anonymous American philosopher, who famously said, “Be a good  listener. Your ears will never get you in trouble.” I also repose full faith in the old Argentine saying that goes something like this: “Who speaks sows, who listens reaps.” Thankfully, I am not a solitary reaper....