After sitting 10 years in the opposition, the Congress plank was anti-incumbency 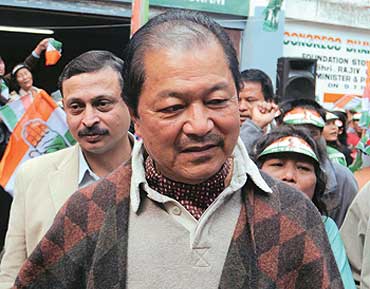 Why Congress Won: After sitting 10 years in the opposition, the Congress plank was anti-incumbency. The Mizo National Front government had failed on several counts. It had lost all development focus and had not provided relief for distressed farmers. The Congress campaign focused on the shortcomings of the MNF government. The party's campaign also got a boost through the ‘Gandhi magic'. Both Sonia and Rahul Gandhi campaigned in the state and struck a chord with the voters, desperate for a change.

Why MNF Lost: The rare Mautam famine caused by rodent hordes destroying crops led to the birth of the MNF in 1961. The same disaster revisited Mizoram and literally wiped out the MNF in this election. CM T.T. Zoramthanga's regime was accused of misusing the Rs 120 crore central allocation for Mautam-hit farmers. The mood for change was so visible that many MNF leaders virtually threw in the towel much before the elections.

Victor-Speak: "We knew we would make a solid comeback. The rich were becoming richer and the poor poorer. Over 70 per cent of our farmers are battling poverty. Change was the call of the hour."—Lalthanhawla, Mizoram CM