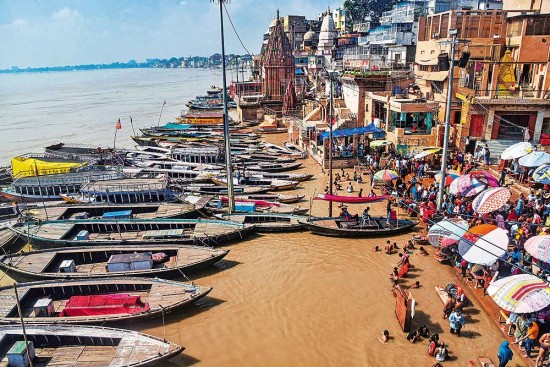 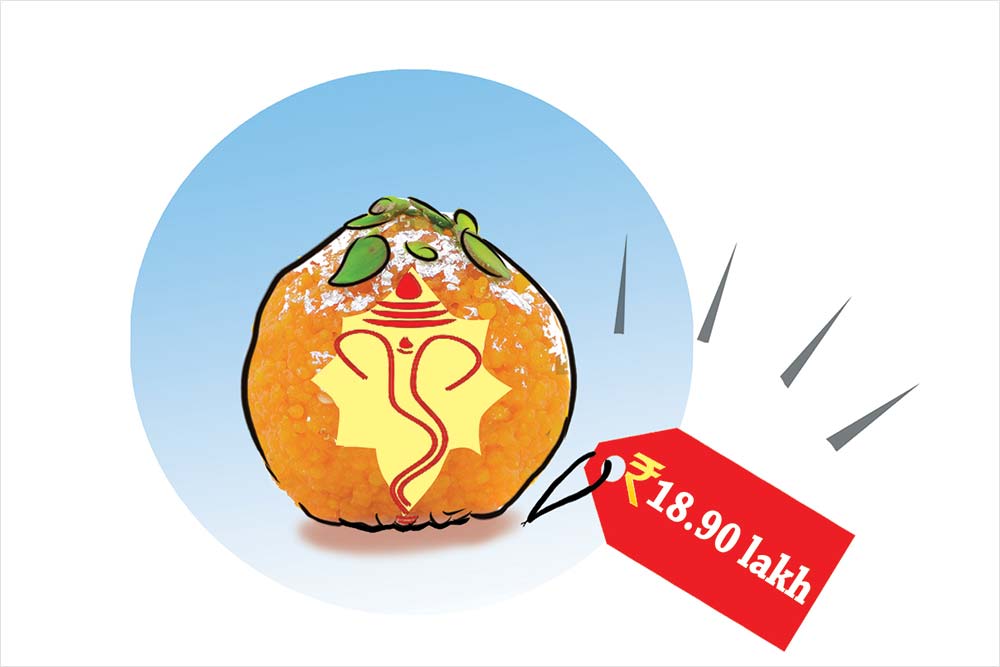 It is made of flour, sugar, ghee and dry fruits—and shaped into a ball, a giant sphere that scales 21 kg. It’s coated in gold and rests on a silver bowl. It’s the Balapur Ganesh laddu of Hyderabad, which is auctioned every year during the Ganesh idol immersion, as it is believed that it brings prosperity to the winner of the bid. The popular laddu went for an all-time record of Rs 18.9 lakh this year. Ramesh Yadav, a member of the Andhra Pradesh Legislative Council, along with Marri Shashan Reddy, a businessman from Nadargul in Telangana, bought the laddu. Kolanu Ram Reddy, a businessman and an agriculturist who bought the laddu for Rs 17.60 lakh in 2019, also bid for it. The divine sweet was sold for Rs 450 in the first auction in 1994. The winners share the laddu with their family and friends, and also sprinkle bits of it on their farms, shops/offices, and at home.

When Prince Philip died nearly six months ago at 99, the tributes poured in from far and wide, praising him for his supportive role at the side of Queen Elizabeth II over her near 70-year reign. Now, it has emerged that Philip had another crucial role within the royal family. He was the family’s barbecue king—­perhaps testament to his Greek heritage. “He adored barbecuing and turned it into an interesting art form,” his oldest son Prince Charles said in a BBC tribute programme. “And if I ever tried to do it he ... I could never get the fire to light or something ghastly, so (he’d say): Go away!”  In excerpts of Prince Philip: The Royal Family Remembers released recently, members of the British royal family spoke admiringly of the late Duke of Edinburgh’s barbecuing skills and his love of cookery shows, with the “Hairy Bikers” Si King and Dave Myers among his favourites. “He’s definitely a dab hand at the barbecue,” said Prince William, Philip’s oldest grandson. 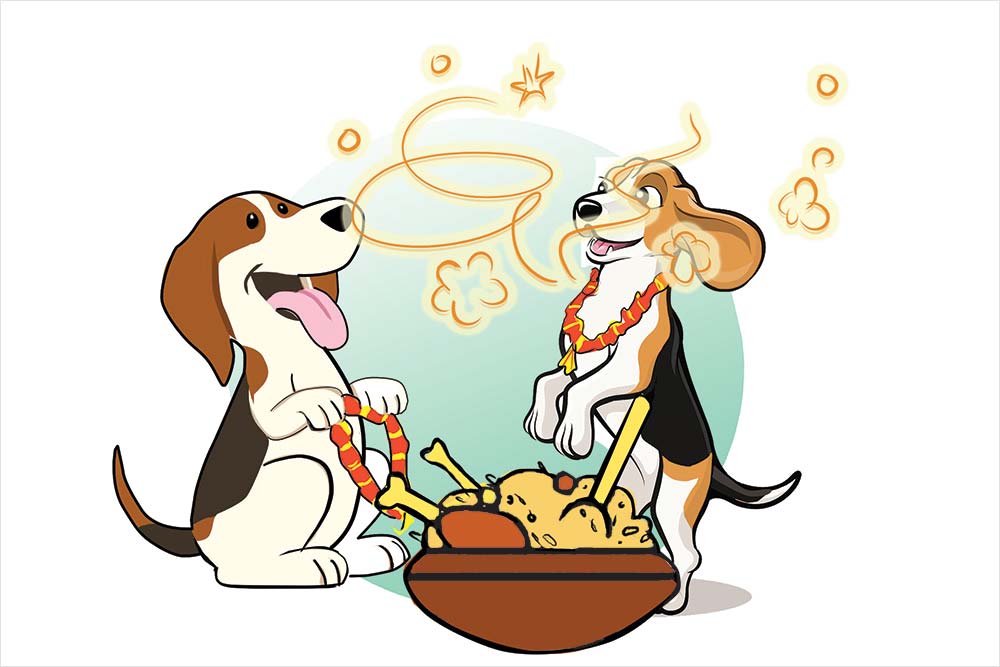 Every dog has its day—for a privileged few, it’s their wedding day. An upscale resort in Thrissur hosted such an event when Acid and his bride, Jhanvi, exchanged bow-wows (translate that into vows in Beagle language). Acid belongs to resort owner Akash Shelly and when the Beagle came of age, he brought Jhanvi home and fixed his first pet’s “marriage” with her. Shelly wanted the event to be as grand as any at his resort—a favoured destination for couples looking for an unforgettable wedding. And so it was. A special dog cake was baked, garlands were exchanged, and steaming hot chicken biryani and chicken fry were served to the guests. It was not the lone unique wedding last week in the country. In Sitapur, UP, bridegroom Chiranjeev Rasal and bride Ayushmati Imli tied the knot. Invitation cards were printed, a decorated mandap was built, around 400 guests came (mostly on bullock carts), and a dinner of poori, sabzi, raita and dahi-vada was served. Well, the wedding was ­solemnised between Chiranjeev, a mango, and Imli, a piece of tamarind, as the villagers believe that the ceremony will help revive the Kathina, a heavily polluted tributary of the Gomti.

Neolissochilus hexagonolepis is too much a mouthful, but tasty. It is the scientific name for a river fish in Sikkim—the Chocolate or Copper Mahseer, locally known as Katley. It has a chocolaty colour and coppery shine, and the species is endemic to the Himalayan rivers and streams, especially in Arunachal Pradesh, Sikkim and Nagaland. Sikkim has recently made Copper Mahseer its state fish. The government hopes that the new status would help protect the fish, which is an “endangered” species because of overfishing. 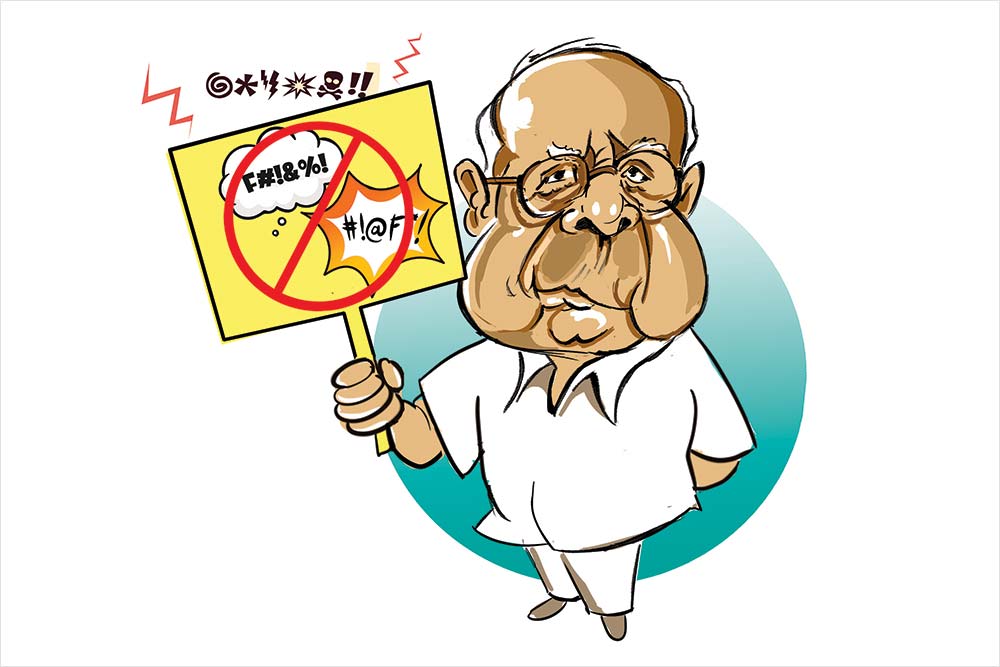 It will be an understatement to say the 80-year-old Sharad Pawar has seen Indian politics closely—and has heard the change in the tone, tenor and language of the political class. He has been part of our politics since organising a march for the independence of Goa in 1956 as a schoolboy. And so, when the NCP chief disapproves of the “new type of discourse” in politics (which he did recently), it means a lot. Pawar was unhappy with Shiv Sena MP Sanjay Raut using the Marathi word kothala, figuratively meaning disemboweling the intestines, to rebut former Sena ally BJP’s accusation of “stabbing in the back”.