Cru­ise tries hard, with wisecracks and goofiness, but his mis­­sion is getting impossible. 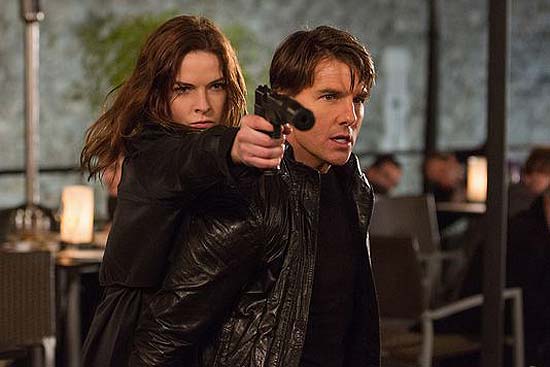 Movie franchises are like stages in a long-running marriage. After the passion of the first, later sequels can tedious. Like a shot of thrill in a marriage now and then, seq­uels need new energy. MI: Rogue Nation doesn’t have anything inventive to save the franchise. It just seems to have been finished in a rush before Tom Cruise’s crows feet become un-airbrushable. When it comes to an edge-of-the-seat opening, James Bond does it better. Here, Cruise getting into a plane in flight to destroy its cargo of chemical wea­p­ons seems stale. When it comes to runn­ing for cover from your own, it’s tough to beat Jason Bourne. Here, you lose interest in Ethan Hunt’s travails soon enough, even with the alluring Rebecca Ferguson by his side. Hunt’s Impossible Mission Force has been disban­ded by the new, slimy CIA chief and he becomes a rogue agent on the run. The rest is about how he gets his team back and destroy The Syndicate, determined to annihilate the globe. Cru­ise tries hard, with wisecracks and goofiness, but his mis­­sion is getting impossible. It’s time he got back to something meaty like A Few Good Men and perhaps kno­c­ked on the doors of an Alfonso Cuaron or a Wes Anderson, or even Scorsese.