Andhra’s is a tale of two cuisines: one a product of history, the other of geography 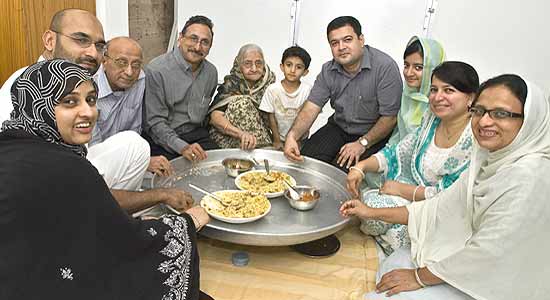 There’s a lot more to Hyderabadi food than just biriyani. Hyderabad is home to not one, but two of India’s famous cuisines: Hyderabadi and Andhra. The former is a product of history, the latter of geography.

The story of Hyderabadi cuisine begins in the 17th century, with the Deccan campaigns. The Mughal armies annexed great swathes of southern India over nearly a century. What we don’t realise, though, is that those armies were accompanied by large caravans of soldiers’ families and assorted tradesmen and craftsmen. While the soldiers fought, in the family encampments, domestic life went on. Bazaars were set up, food was cooked, families were raised. Here, over the years, the Mughlai cuisine brought from the north slowly evolved, influenced by the local ingredients, climate and cuisines encountered along the way. (In the same way, the Urdu spoken in these encampments evolved into the Dakhni dialect, influenced by Telugu, Marathi and Kannada—but that’s another story.)

The result of this historical process was Hyderabadi cuisine—a unique dialect of Mughlai cuisine, distinct from the other Mughlai dialects of Delhi, Lucknow or Bhopal: it’s somewhat more robust; it uses typically South Indian ingredients; it uses rice as a staple, instead of roti. But its singlemost important distinguishing feature is the way it uses “khatta”, or a sourness factor, in its dishes.

The central point of Hyderabadi cuisine is a khatta saalan, or curry with a tangy flavour provided by tamarind, green mango, lemon, tomato or even pomegranate. Many of Hyderabad’s most famous delicacies belong to this category, such as baghare baingan (spiced brinjal curry) or mirchon ka saalan (chilli curry), and every menu is planned around khatta saalans like...