"Minutes Later, The Police Had Surrounded My House"

Pakistan's civil society has emerged stronger from the Emergency's maelstrom 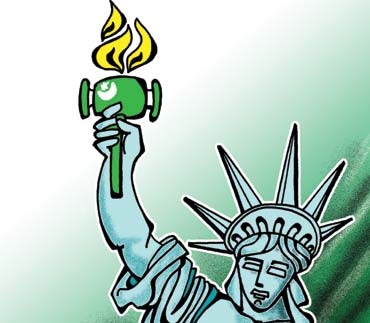 outlookindia.com
-0001-11-30T00:00:00+0553
The reinstatement of the Chief Justice of Pakistan, Iftikhar Chaudhry, by the Supreme Court on July 20 was an unbelievable relief. It was too good to be true. Government spokespersons reassured the nation that the government had accepted the decision of the Supreme Court in good grace. This was out of character therefore; many of us anticipated trouble ahead. Signs of trouble appeared with some ministers challenging the wisdom of the Supreme Court in interfering with the work of the executive. The judgements of the superior courts were flouted. There were signs that the confrontation between the government and judiciary was drawing closer. Despite the Supreme Court's instructions to the government to allow former prime minister Nawaz Sharif to return to Pakistan unhindered, he was deported to Saudi Arabia. Battlelines were drawn.

The unease over the government-judiciary tussle increased as November 15 drew closer. Musharraf had given an undertaking to the nation during a hearing in the Supreme Court that he would give up the office of army chief by November 15. There was no doubt in the minds of leaders of the legal fraternity and civil society that Musharraf was not likely to comply. There were no indications that he was willing to concede any power. As such, many of us were waiting nervously for his next move. A few optimistic commentators were convinced that the Americans had found a road map to a democratic transition that would accommodate Musharraf as well as former prime minister Benazir Bhutto. This plan was doomed to fail. Musharraf has tasted absolute power at home and flattering publicity abroad. He fancies himself as a fine statesman and was imprudent enough to offer his services to solve the Palestinian issue. A backseat would destroy him.

I was in the Lahore office of the Human Rights Commission of Pakistan (HRCP) on November 3, holding a meeting of paralegals (volunteers trained to assist people to bring their cases to courts). They too had an intuition that something unsavoury was afoot. Over the years Pakistanis have developed fine political institutions. Farhat, a paralegal, told us that she had just returned from Rawalpindi, where shops closed earlier amidst rumours of an imposition of Emergency. We were distracted. An hour later Shahtaj, who is a senior women's rights activist, ran into my office and said that private television channels had gone off the air and there was a heavy presence of police in Islamabad.

My phone started ringing, the story began to unfold. My daughter Sulema, who lives in London, held the phone next to her TV tuned to Geo, a popular private Pakistani channel, giving the latest. It dawned that this was no Emergency but that martial law had been imposed. Judges of the Supreme and high courts were arrested. I frantically called leaders of bar associations. The president of the Supreme Court Bar Association, Aitzaz Ahsan, was arrested minutes after we spoke. A former president, Muneer Malik, was picked up from his hotel room in Islamabad. Another legal luminary, Hamid Khan, had gone underground. Others were picked up or were on the run. I came home to watch BBC, which too was off air. Since my daughter, Munizae, who works for NDTV, had installed a satellite, I had access to TV channels other than PTV. A number of friends dropped in to catch the news. We heard with disbelief Musharraf defend his actions in an address to the nation.

Munizae warned me that I too would be picked up but fear of imprisonment had now been overtaken by my concern for friends and colleagues. Tariq Mahmood, a former president of the bar, called to say that the police had caught up with him too. Minutes later, I was told by the guard in my house that the police had surrounded our house. My immediate concern was to ensure that I had an adequate supply of cigarettes. So I sent off someone to buy a carton. All of us continued to watch Musharraf in disbelief. He was justifying the imposition of martial law, arrest of judges and muzzling of the media as prerequisites for ending terrorism. He admitted the country was in a dire state—and yet those ruling it were neither held responsible nor penalised for their inept governance. Instead courts were packed up, judges and lawyers arrested and journalists banned from revealing the facts. Musharraf's logic is always amazing.

I was detained for 90 days under the colonial rules of preventive detention in my house. Though I was deprived of my liberty, I was fortunate under the circumstances. Many of my colleagues are in jails, away from home, in faraway towns. Ali Ahmed Kurd, a leader of the bar, was handed over to the intelligence agencies. It is reported that he was maltreated. Some lawyers were kept in solitary confinement and harassed by the military. 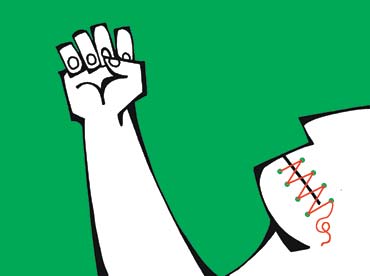 On Sunday, November 4, I wrote a small message to friends in Pakistan and abroad. It was swiftly passed on and later appeared in the media. By the afternoon, I learnt that 70 members of the HRCP, including senior citizens like Mubashir Hasan and I.A. Rehman, were rounded up by the police from the conference room of the Commission. Artist Salima Hashmi, daughter of poet Faiz Ahmad Faiz, was lifted in her chair and bundled into the police van. Fifty-five of them spent two nights between police stations, Kotlakhpat jail and in residences declared as sub-jails.

By Monday, the lawyers were in full swing. They were protesting all over Pakistan. Images of lawyers beaten, bruised, dragged by the hair, kicked around, and arrested appeared worldwide. Many were young but even those old were not spared. It was agonising to see them suffer at the hands of those who ought to have protected them. Lawyers are an asset for any civil society. They are trained to use their creativity to promote the values of justice. Instead, they were being brutalised and battered into submission. It depressed me to see blood being spilt on the streets and in the courts of Pakistan.

"Why is the public not on the roads?" I was asked repeatedly by journalists interviewing me over the phone. Apologetically, I tried to defend a society oppressed for decades. "After all, there were more protests in democratic countries against the Iraq war than in the so-called Muslim world that is mostly under dictatorship," I tried to explain. Moreover, I pointed out, there were no rallies or visible support for the Emergency. In response to a similar question by an Indian journalist, I could not help remind our neighbours of the lack of protests at the time Indira Gandhi imposed Emergency. Absence of widespread protests can never justify usurpation of the rights of people. Tyrannical rules can never be justified and even a single protest against despotism is laudable.

Pakistanis abroad began to stir. Their incredibly strong support for pro-democracy forces at home bolstered our spirits. At the same time, a lukewarm call to protest by the political parties remained disappointing. I watched these developments anxiously and kept preparing myself for worse. There was no doubt in my mind that while I read, wrote, cooked, cleaned a cupboard a day and sensitised the jailers around my house, the government will clamp harder and harder. Yet as an optimist, I was, and still am, convinced that military rule will not be tolerated for long.

On November 16, I was released unceremoniously. At 2.30 am there was a loud knock on the door. I thought that I was to be transferred to prison. I heard the bell ring and wished for it to fall silent. I heard the door open and then steps moving towards my bedroom door. It was my daughter. "It is fine," she whispered, "You have been released. I heard on PTV too." I jumped out of bed, bade farewell to my jailers and went back to sleep.

The next day I dressed and went to the bar room and then to the press club. Lawyers were still active and the press defiant. Slogans were being raised. "Go Musharraf go, in girti hui diwaron ko ek dhakka aur do, we want freedom...ham nahin mangte zulm ke zabte" (To this falling wall give one more push... We don't accept laws of oppression.)"

Indeed, Pakistan's civil society has learnt a few lessons. They want an end of military rule, and not just of Musharraf. Therefore, civil society and political parties have to play their cards well and forge a consensus over the process of transition. We have to look ahead and remain positive. There is always a positive aspect behind every crisis. We have learnt that there is greater strength while struggling to uphold a principled cause. Commitment to values of freedom has deepened and strengthened the bonds of Pakistan's civil society.