Minted In A Sepia Tone

The RBI, in its 75th year, indulges itself in a wistfully nostalgic trip down memory lane 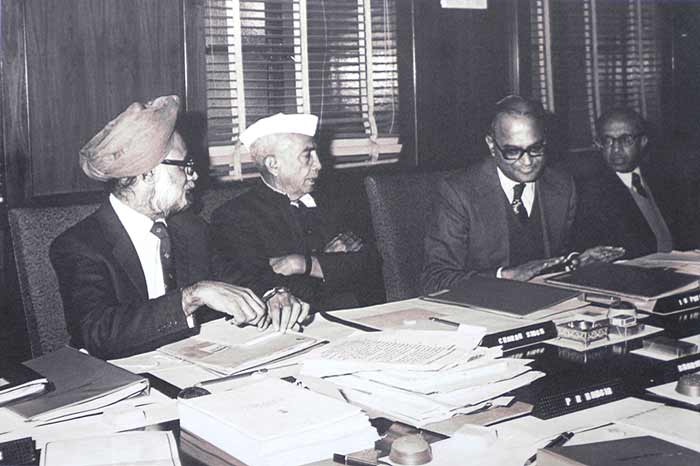 Who isn’t fascinated by money? When a new ten-rupee coin is released, we keep turning it in our fingers to see if it feels right, there is heated debate about its design, size and look. Or when a much-loved denomination like the 25 paise is phased out, there is a perceptible collective sigh, and in some rural pockets, sheer dismay. Why won’t shopkeepers in the cities accept the 50-paise coin though it’s still official currency, people wonder. The rupee, of course, touches us all and the Mint Road Milestones—marking the creator of the rupee, the Reserve Bank of India’s, 75th anniversary—is an exhibition that captures the currency’s fascinating journey.

In 1935, under the Paper Currency Act of 1861, the Raj was granted the monopoly of issuing notes, ending the practice of private and presidency banks. But these currencies continued to be in use till the RBI issued its own coins and notes. Interestingly, till about 50 years ago, other currencies besides the RBI’s existed in, for instance, Portuguese Goa and Hyderabad. The central bank’s first currency, issued in 1938, was a five-rupee note bearing the portrait of King George VI. This was followed by notes of 10, 100, 1,000 and, yes, 10,000 rupees.

In the subsequent years, global developments, security concerns and the high cost of minting money led to many changes in the motif and the material of the currency. In 1940, the one-rupee note was reintroduced as a wartime measure. The watermark was made more difficult to copy and the security thread was introduced in 1944 to counter high-quality forgeries of rupees by the Japanese during their assault on Burma in WW II.

There is no uniformity or regularity in the change of colour, security features or pattern. “It isn’t wise to change the design and...