Home  »  Magazine  »  National  » Mining/Environment »  Mine Your Own Business: Centre's Push For Self-Sufficiency In Coal Revives Debate Over Cost Of Development

Mine Your Own Business: Centre's Push For Self-Sufficiency In Coal Revives Debate Over Cost Of Development

The Centre may hope that opening up the coal blocks for commercial exploitation will bring in swift financial benefits for the country’s stagnating economy. However, will the gains really be worth the ecological and human cost they’ll extract? 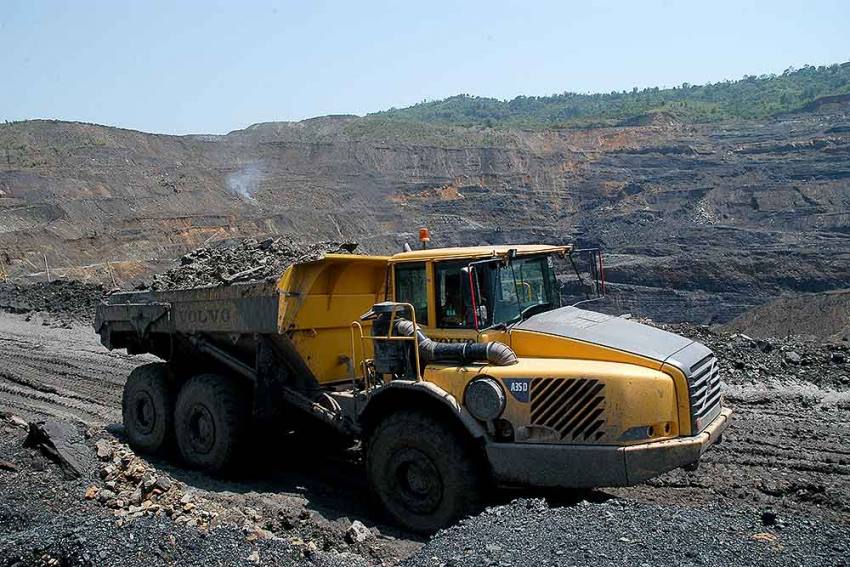 Puneet Nicholas Yadav June 26, 2020 00:00 IST Mine Your Own Business: Centre's Push For Self-Sufficiency In Coal Revives Debate Over Cost Of Development 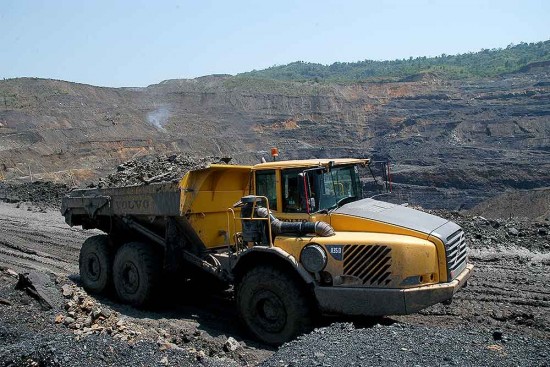 The debate between the State’s desire to harvest its mineral wealth by displacing its people—development versus conservation—has been an old one. We have been here umpteen times before; each time a mining project or power plant is sanctioned or when forests and aboriginal habitats are sacrificed for infrastructure development. And, each time this debate begins afresh, the State moves calamitously close to pushing its people over the precipice.

Coming on the back of his aggressive push for making India atmanirbhar—self-sufficient—Prime Minister Narendra Modi’s recent decision to open up 41 coal blocks across the country for commercial mining threatens to settle this debate firmly in favour of the State and a handful of industrialists who stand to profit from the move. The coal blocks, 11 of them in Madhya Pradesh, nine each in Jharkhand, Chhattisgarh and Odisha and three in Maharashtra, are located within dense forest areas that are home to heavy concentrations of tribal populations and are a natural habitat for a wide range of flora and fauna.

By opening up commercial mining for the private sector and placing no end-use restrictions on the 225 million tonnes of coal that these 41 blocks can collectively produce per annum, the Centre hopes to generate Rs. 33000 crore in investments over the next five years. This grand scheme is also driven by the hope that global players in the sector would come flocking to India to invest, thereby generating local employment. If the plan takes off as expected, it would end the monopoly that State-owned Coal India Limited enjoys in the mining sector and also substantially reduce India’s need to import nearly 250 million tonnes of coal annually. As mining giants move in with their arsenal to quarry the earth, the remote regions within which these blocks are situated can also hope to see massive development—in situ employment, new roads, better public infrastructure, et al. The elusive vikas will finally arrive; like a dream come true. Or so it would seem.

The arguments in favour of Modi’s decision, thus, sound rational. But then, this is just one half of the debate. The other side of this dream, however, is a nightmare, from an environmental, humanitarian and even constitutional viewpoint. While the coronavirus-fuelled restrictions on public gatherings have prevented any street protests against the government’s decision, the condemnation of the move has been swift and palpable.

“Coal blocks in dense forest areas are being opened up for mining. This is a triple disaster.”
Jairam Ramesh, Ex-environment minister

Jharkhand Janadhikar Mahasabha, a people’s movement for civil rights in the predominantly tribal and mineral rich eastern state, has called for mass protests, even if only virtual, against the government’s decision. Elina Horo of the Mahasabha says, “The decision taken without any consultation with the people of the areas in which these coal blocks are situated exposes the crony capitalism of the government; in the name of atmanirbharta (self-reliance) the move takes away all ownership rights of the land owners and gram sabhas and opens up natural resources for corporate plunder”.

The Centre has asserted that it would protect rights of people who are bound to be displaced from their land once the mining process begins. Union minister for coal and mines, Pralhad Joshi, told journalists, “I want to assure people of these regions that labour welfare and development of coal bearing regions are foremost on our mind. Welfare provisions for contractual labourers in event of mishap will be no less than that for regular employees.”

Joshi’s assurance, however, is on just one set of potential problems that are likely to arise from the government’s move—that of labour rights. However, the concerns over displacement of people, the ecological impact of culling large tracts of dense forests, pollution and climate change, among others, have not been addressed at all.

Jairam Ramesh, former Union minister for environment and forests, has dubbed the Centre’s move as “environmentally disastrous and irresponsible”. He says the decision shows Modi’s “callousness and utter disregard for climate change realities.” It was during Ramesh’s stint as environment minister during the UPA regime that 30 per cent of India’s coal blocks spread over 6,00,000 hectares were declared ‘no go zones’, making them practically impossible for any extraction exercise. The Centre’s decision has, effectively, undone these checks and balances put in place to prevent reckless mining activity.

“...Labour welfare and development of coal-bearing regions are foremost on our mind.”
Pralhad Joshi, Union minister, coal and mines

In a letter to Union environment minister Prakash Javadekar, Ramesh, who is now the chairman of the Parliamentary Standing Committee on Science & Technology, Environment, Forests and Climate Change, has urged that “coal blocks in ecologically fragile and sensitive areas put up for auction are cancelled immediately”. The letter also says, “…coal blocks in very dense forest areas are being opened up for mining. This is a triple disaster: first, the mining, transportation of coal will impose a very heavy environmental cost; second, the loss of very dense forest cover will mean loss of a valuable carbon sink and third, public health will be even more severely affected.”

The environmental cost that Ramesh speaks about can be ascertained from the fact that nearly every coal block now opened for commercial exploitation by private entities has a minimum 50 per cent forest cover. Coal blocks like Morga II, located within Chhattisgarh’s Hasdeo Arand forests, which is among India’s largest contiguous dense forest spanning over 170,000 hectares, have 85 per cent forest land. Similarly, the Gotitoria East coal block in Madhya Pradesh has an 80 per cent forest cover. The indigenous population, predominantly of tribal and marginalised communities, is predictably up in arms against the Centre’s plan to displace the locals.

Gram sabhas and sarpanches of nine villages located within the Hasdeo Arand have written to Modi, protesting against the mining of coal blocks in the region which will force the displacement, loss of livelihood and culture of tribals who live in this forest and sustain themselves from its produce. The Jharkhand Janadhikar Mahasabha agrees with the contention of the people of Hasdeo Arand and says that the Centre is also violating a litany of laws and Supreme Court verdicts.

“The decision violates laws and constitutional provisions that aim to protect the rights of Adivasis to self-govern. Panchayats (Extension to the Scheduled Areas) Act, 1966 and Schedule V provisions clearly define the role of gram sabhas as primary decision-making body of a village,” says Horo. The Supreme Court had also, in 2013, held that ownership of minerals should be vested with the land-owners. Even the Forests Rights Act defines forests as a community property of the Gram Sabha. Horo says the Centre “did not even bother to discuss its plan with the Gram Sabhas.”

The Hemant Soren-led JMM-Congress coalition government in Jharkhand has now moved the Supreme Court challenging the Centre’s decision to auction coal blocks. Soren had romped to power in the state last year riding on the disaffection among Jharkhand’s tribal population against the previous Raghubar Das-led BJP government. Among his key promises to the electorate was to protect the interest of the indigenous population against corporate interests who wish to plunder the state’s mineral wealth. The Jharkhand chief minister has also written to Pralhad Joshi demanding a moratorium of the auction process by six to nine months but his feeble protest has left his voters unimpressed. Members of the Mahasabha have said it is “deeply worrying” that Soren’s government has extended support for the Centre’s decision and that a moratorium will only delay the auction process but won’t stop it.

Like Jharkhand and Chhattisgarh, the Centre’s decision has also been met with stiff resistance from locals in Maharashtra’s Chandrapur where the Bander coal block is situated. The block lies near the periphery of the famous Tadoba Andhari Tiger Reserve and locals allege that any mining activity in the area will naturally lead to wide scale deforestation and eventual displacement of the tiger population.

The Centre may hope that opening up the coal blocks for commercial exploitation will bring in swift financial benefits for the country’s stagnating economy. In a style characteristic of the Modi government, the grand plan may even be implemented in brutal disregard of the people’s protest and obvious impact such mining activity will have on climate change. However, will the gains really be worth the ecological and human cost they’ll extract?