So why exactly did Mayawati’s statues evoke such ire? 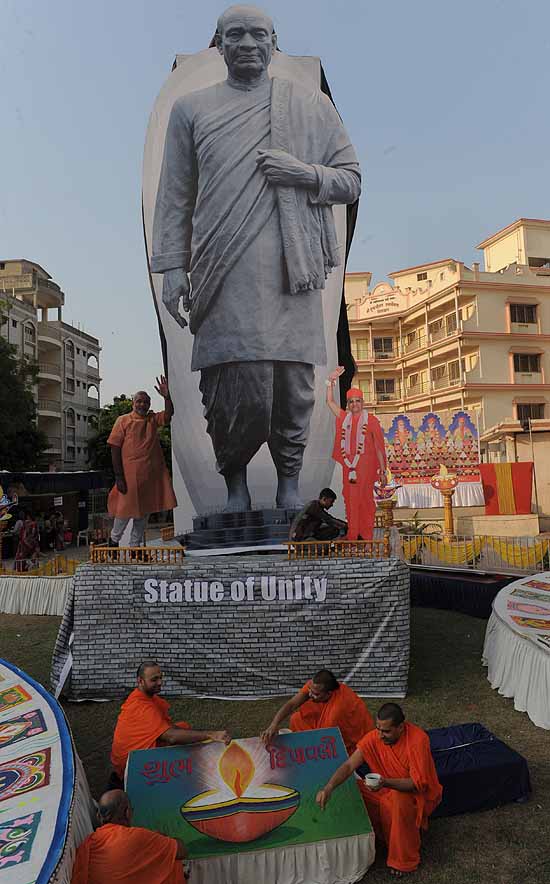 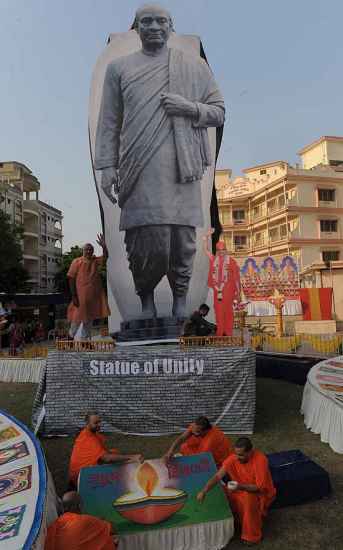 October and November have been the months of big-ticket items which we’ve been told to be proud of. While one of these, a mission to Mars, is simply out of this world, the other is not quite so. The proposed statue of Vallabhbhai Jhaverbhai Patel will be the tallest in this world. At 182 metres, this Statue of Unity will be able to look down upon the Statue of Liberty, standing at a mere 93 metres. Calls for unity have always cast a long shadow on liberty. Nothing exceptional there. This latter source of ‘national’ pride will, however, be built by a non-swadeshi consortium—muscular MNCs from the US and Australia. The project cost: Rs 2,500 crore.

The primary legatee of Patel’s political stature was the Indian National Congress. But ever since the Panditain split the party in 1967, the successor party has been very selective about its pantheon: the political leg­acies of many erstwhile Congressite stalwarts with the wrong surnames have gone largely unclai­med, till Narendrabhai really upped the ante by trying to stand on Valla­bhbhai’s shoulders.

Not so long ago, statues of a different kind were the talk of the town. They too were very costly, but they were numerous and the project did not seem to be particularly timed to serve some greater purpose for Mayawati, the chief patron. When she got the statues built, including infamously, a few of her own, the chattering classes who have long checked out of government hospitals and schools sudd­enly became acutely interested in how the money being spent on this project would have otherwise done so much good for Uttar Pradesh. Many reams of newsprint and many hours of prime-time television were devoted to the absence of proper sanitation facilities, the high maternal mortality rate and other such sad things in UP. The shabby shape of health and public infrastructure in the state was not new. What was new was the acute sense of empathy and concern for these timeless problems. What was crucial was the time when the concern came forth. The silence of those sectors of society and media, when it comes to the Sta­tue of Unity, is deafening. It was even more deafening in 2010, when Narendrabhai first announced the project. Bet­ween then and now, the Indira Congress-ncp government has announced a grandiose Shivaji statue project in Mahara­shtra. But the light of scrutiny about the ‘misuse’ of public funds falls disproportionately on mass leaders of certain predictable caste backgrounds. Casteism is unconstitutional but casteism under the cover of public interest is not.

The minimal middle-class grumblings that have, to be sure, emerged to the Vallabhbhai statue project are more a reflection of the opposition to Narendrabhai’s rising stature as a preten­der to Vallabhbhai’s legacy. This opposition, by its very nature, is narrowly partisan and essentially anti-Modi. This is in sharp contrast to the nearly across-the-board condem­nation Mayawati’s Ambedkar Memorial project received from these very classes.

What is Mayawati’s Ambedkar Memorial project anyways? The recent focus on Vallabhbhai by way of Narendrabhai has provi­ded an opportunity for many Indians to get reinfor­med about every small detail of the long-dead Iron Man’s life. The audience has had its fill of ‘its’ national greatness that it ought not to forget, not after the statue. But beyond Mayawati and Ambedkar, do they know even the names of the other people whose statues were put up at the Ambedkar Memorial? Who was Shree Narayanaguru? Why do they not know? Why do we know more about certain things vis-a-vis certain other things?

Vallabhbhai has been credited with the process of ‘reuniting’ India by forcing the lands of 500-plus princely states into the newly formed Union of India. For many, the unity of the lives of people is the unity that matters. The unity that Ambedkar envisa­ged. It is yet to be achieved. It is that unmet dream that makes him stand out amongst the leaders whose stature, post-partition, has only grown and grown, largely without state patronage.

When the powerful or pretenders to power want to thrust forward, they often need vivid inspirations, real or imagined, preferably larger than life, to sustain the tempo. Figures from the past prop up the present and vice versa. In an environment of power politics obsessed with projecting and executing ‘manly’ solutions for a ‘chaotic’ and disobedient subcontinent (my extra-judicial killing is more patriotic than yours), the need for a grand something that brings together the republic, the phallic and the symbolic has been quite acute. It is even overdue, some may say. The invocation of ‘unity’ as a counterweight to insurgent liberty is not new.

(Garga Chatterjee is a brain scientist at MIT.)