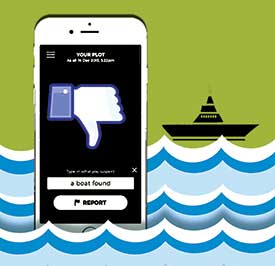 This week we learnt about Grey’s fake app

Grey Singapore created an app that was supposed to track stranded refugee boats in the Mediterranean. But it was too good to be true. The I-Sea app had been made by ‘Grey For Good’, the agency’s philanthropic arm. It also won a Cannes Lion. Now, it seems the app was fake, and a work-in-progress. In other words, it was not doing the job it was supposed to do—save refugees. ”You had no appro­val from the charity you proposed it came from. You had no working version that you submitted. Tell me, how do you look your clients in the eye when you pitch?,” wrote Ali Bullock in an impassioned open letter to Grey that has gone viral.