Gappers swim against the current. But it isn’t the call of Bohemia they heed. 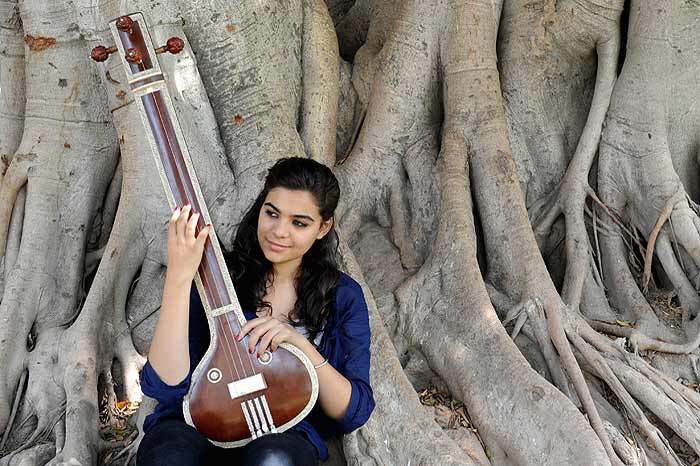 Parveen Sabrina Khan had what every Indian student covets: marks to take her places. With a score of 89 per cent in the Arts stream, the student of the Maharani Gayatri Devi School in Jaipur was all set to sail into a bright future. Until she decided on a course correction. After graduating from the 12th standard last year, Parveen opted to take a year off from academics to pursue something she had set her heart on: Hindustani classical music. “I needed to devote a lot of time for riyaaz, which would not have been possible with a whole day spent in college,” she says. In that year away from textbooks and all-night study sessions, Parveen practiced her music for hours on end. She also travelled extensively; attending and participating in concerts, taking lessons from and watching legendary musicians perform their craft. A year later, she feels that in the gap year she learnt a lot more than just music. “I learnt to live on my own in different cities, became friends with people much older than I am, from very different backgrounds than my own,” she says. This year, Parveen, now 19, will “do” college without compromising on her music or her freedom. She intends to major in political science through correspondence.

It wasn’t a one-off thing. The gap year was all about a personal experience, of being in an unfamiliar situation where I had no control over anything.”

After graduating from Bombay University with a political science degree, Nikhil Goveas decided to prepare for graduate school. Then, “to break the monotony”, he took off on a whim for a year to do voluntary work in Jhiri village, Rajasthan. “It wasn’t just a one-off social service bug that bit me,” remembers Nikhil, who had until then never lived anywhere other than Mumbai. “The gap year was all about a personal experience, of being in an unfamiliar situation where I had no control over anything,” he says. Soham Goenka, 17, of Calcutta’s Mahadevi Birla Girls High School, has just written her 12th standard exams and is looking forward to studying law. Before that though, Soham wants to take a year off to travel and learn about different cultures and peoples. “Most of my friends will go straight into college. They don’t want to waste any time. But I think it will be an enriching experience for me,” she says. 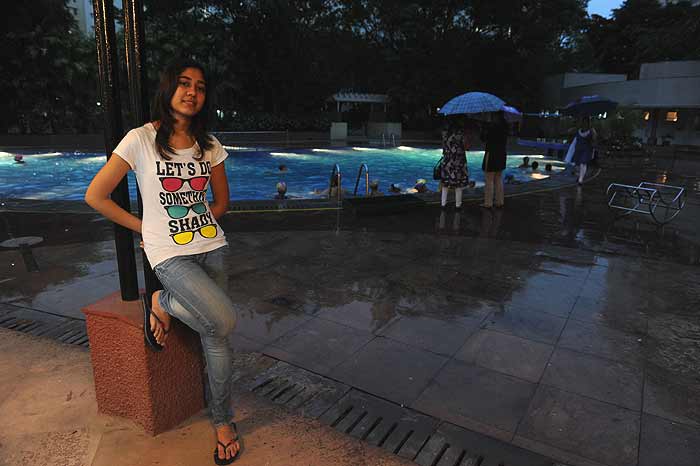 Most of my friends will go straight into college. They don’t want to ‘waste’ any time. But I think a gap year will be an enriching experience for me.”

Soham Goenka, 17 Calcutta
Will take a year to travel and learn about
different cultures before she studies law

Parveen, Nikhil and Soham are uncommon kids. They flow against the drift and push the boundaries of the rigid Indian education paradigm in which every participant—parents, teachers, institutions and students—is too strongly focused on the formal education system to ever dream of taking a break from it. A break in India, if one is needed at all, is to prepare for entrance exams or to gain admission in some foreign university. “You’ll hear people expressing a lot of interest in the idea but very few actually take the plunge,” says Vinish Gupta, independent educator at the Centre for Holistic Learning, Karnataka. The key goals for the majority remain to do well in exams and make a great career for yourself. Time off can wait till your first privilege leave. For the few who choose to pursue non-academic goals, the driving force is a preference to seeking lessons from life than inside schools and colleges. The gappers are not mere aimless wanderers, there is a strong sense of focus in most. Gungun decided to go on a gap year after matriculation—much to the horror of her parents and her school friends—because she couldn’t decide which stream to take up. “My parents came around to it a little while later when I told them what all I had planned to do, involving theatre and photography,” she says. Gungun finished the 12th standard through correspondence and is pursuing graduation through correspondence as well, which leaves her free to attend interactive workshops and seminars across India while earning money as a freelance photographer. 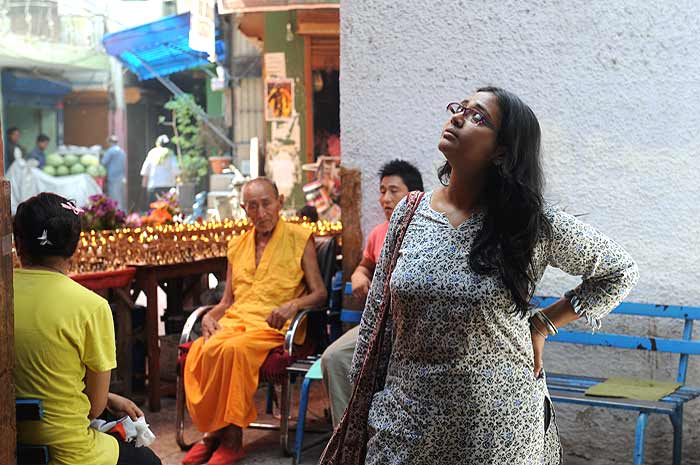 It was not about floating around or having fun. It was about weighing the alternatives. That’s better than being stuck in a job.”

Far from irrelevant, the “risky years of doing nothing” helped 25-year-old Aparajita Sarcar, an MPhil student at JNU, structure and shape her life. “It was not about floating around or having fun, it was about weighing the alternatives,” she says. And she’s done it twice. She took a gap after graduating in journalism, and another after her masters; both times to clear her mind and think things through. In between, she worked informally in Sarai, wrote for websites, did a film appreciation course in ftii Pune and focused on her interest in Tibet, visited Dharamshala several times, shot for a documentary on Majnu Ka Tila and travelled with it to the film festival in Kerala.

The few who choose to pursue non-academic goals are driven by a preference to seek lessons from outside the classrooms.

But it’s also a luxury few can afford. Most gappers come from financially sound and liberal families (Parveen could pursue music because her father, Hameed Khan, is himself a tabla artiste of renown). Also helping independent-minded school finishers take the leap of faith is the growth of an ancillary phenomenon: alternate institutes that cater to the exploratory instincts of gappers. Claude Alvares is the proud father of three sons who have struck out in radically different careers, each in keeping with his true passion as a result of the gap year he took. Rahul, the oldest, was passionate about wildlife and became a self-trained herpetologist, writing a book at 16 called Free from School. Samir, Claude’s second-born, is a self-taught musician and the youngest, Milind, became a computer programmer. Claude’s experiences with his own children inspired him to start Multiversity to help Indian children bored and disenchanted with schooling to explore options outside it at both the school and college levels. Manish Jain, the founder of Shikshantar, a collective in Udaipur that advocates learning outside formal educational institutes, says, “We’ve 250 mentors across India in fields as diverse as theatre, filmmaking, renewable energy, organic farming, alternative healing that students can stay with or interact for free so that they have a chance to explore what they would really like to do.” Manish also decided to launch the “Year On” campaign. As he puts it, you can gain a lot by taking a ‘year off’ to explore interests closer to the heart, which is why he suggests it should be called ‘year on’ instead. 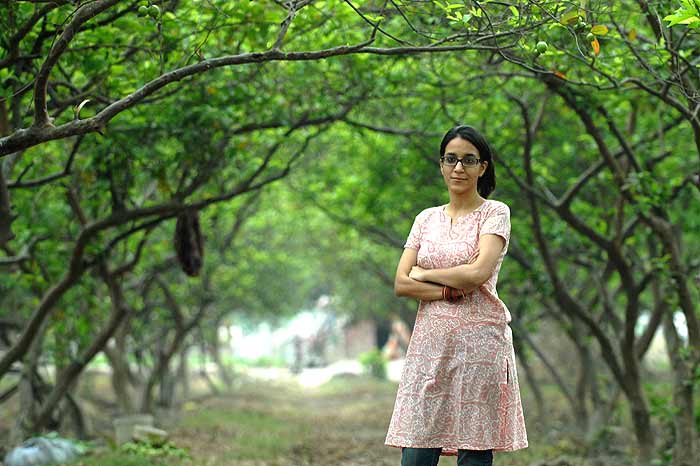 The stress at Sholai was on self-sustainability. It helped shape my work and made me into the person that I am today.”

Nivedita Soni, 27, who finished school in 2002, opted to go to one such institute. Sholai School in Kodaikanal is where she learnt organic farming, worked in coffee plantations, learnt to process food, made cheese and jams and informally read the author she always wanted to: Shakespeare. It was about deciding your own curriculum and doing what you enjoyed. “It shaped my work and what I am today,” she says. Today, Nivedita works with Pravah, a youth organisation that deals with active citizenship and social awareness amongst the young. Manish feels teachers and principals are gradually warming up to the idea of children taking a year off and then returning to studies. “So the fear of not being re-admitted is no longer an issue,” he says. Schools like the Heritage School, Gurgaon, the Mahindra United World College of India, Pune, and the Riverside School, Ahmedabad, even encourage the gap year route. Alternative schools like the Valley School, Bangalore, and Mirambika School (attached to Delhi’s Aurobindo ashram) offer gap year activities. Students can take free-wheeling classes on the environment, soil science, the impact of consumerist lifestyles, health, yoga, pottery, art, theatre, woodwork, dance, jewellery and handicrafts, photography, masonry, carpentry, book publishing, among others.

Of course, there’s also the flip side. “I see my colleagues settled in their teaching jobs, while I’m still at it,” says Aparajita. She reasons, however, that “it’s better to take time off than end up in jobs where you don’t want to be.” What Parveen missed about college life was the hanging out with friends in the cafes and bunking classes for a morning show. But then, as she says, you can’t have it all.

By Namrata Joshi with Smita Mitra in Mumbai, Dola Mitra in Calcutta, Akhila Krishnamurthy in Chennai

We Are All Xenophobes