The suicide chain can't be broken 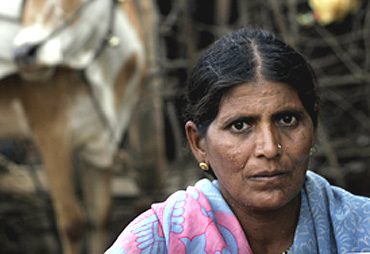 outlookindia.com
-0001-11-30T00:00:00+0553
Unlike other parts of Maharashtra, very little has changed in the lives of the farmers in the 11 districts of Vidarbha. Rising debt, poor rainfall, high input costs and reducing yields are their burdens to bear. The MSP of cotton, the primary crop here, may have gone up by around 40 per cent to Rs 3,000 per quintal last year. But it’s been of little consequence, given lower output due to the poor rainfall (among other reasons).

In Khairi, a prosperous village at one time (when cotton was more precious than gold), there’s a sense of foreboding. For the first time this January, the villagers woke up to the news of one their own ending his life. For Purshottam Bhedurkar, the construction of a tarmac road ten years back changed the course of his life. The road blocked the flow of water in a stream that passed through his five-acre land, leaving it water-logged for the most part.

His widow, Venutai, has no idea how much debt her husband had, but figures it must be a large amount. Now, with no other option, she will probably lease the land for a measly Rs 2,500 for the year. "There’s no question of farming," she says. "Where will I get the money to buy the seeds?" Her only hope of survival is her two sons who depend on daily wages (Rs 80) whenever they find work.

Some farmers may have benefited from the relief packages announced but it’s clearly not been enough if 50-60 are still choosing to kill themselves every month. And that is the average estimated number since January this year. Come May-June, when sowing begins, that number could rise, as more farmers realise they have no access to credit to pay for inputs. "The loan waiver and packages announced have done little to solve the real problems farmers face—lack of irrigation, credit, the rise in input costs and so on," says Kishor Tiwari of the Vidarbha Jan Andolan Samiti. Then there are the problems with the distribution of BPL and Antodaya cards, which subsidise rice and wheat for the family.

Even the NREGS has found no takers. The kind of work and rates offered are not motivating enough, say farmers, and in many places the scheme hasn’t been adequately promoted. The people of Vidarbha have lost all faith in the politicians. A change is imminent.