Mexico is one of the fattest nations in the world, with a third of its population obese. 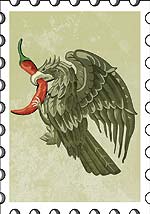 Slim edge of the wedge

“Every morning, we wake up and start doing things that make Carlos Slim richer. Whether it is checking e-mail, making phone calls, having breakfast or going to a supermarket, we Mexicans keep paying him all day.” This is how a radio journalist with a popular FM radio station in Mexico City describes her life in the context of a man who has been described as the ‘Warren Buffet of Mexico’.

Slim, now 74, is the son of migrants from Lebanon who moved to Mexico early in the 20th century. When he was 12, he bought shares in a Mexican bank and became a trader. The big turning point came in the 1990s, when he acquired Telmex, a telecom company controlled by the Mexican government. From then, he has never dialled a wrong number, building his empire by maintaining a near- monopoly in communications and expanding into real estate, airlines, media, technology, retailing and finance. In 2013, he was ranked above Bill Gates on a list of richest persons in the world.

View from the air

Mexico City is huge. It is difficult to establish how many people live in it, but most estimates peg the number around 20 million. It has perhaps the worst traffic in the world. Many wealthy inhabitants of the city have responded by buying helicopters to toc-toc-toc past the gridlocks as down below police struggle to direct the traffic. One thing, however, that has gone missing is the green, two-doored Volkswagen Beetle taxi, called the vocho. Ubiquitous, noisy, adventurous and rough, the vocho was the defining feature of Mexican roads for several decades. With the government crackdown on old cars, vocho permits were no longer renewed. The only VW Beetles on the road now are the horrendously expensive ones that Volkswagen has come up with, the ones that use nostalgia as a core selling proposition. Most Beetle drivers now are wealthy women, far different from the rugged, street-smart taxi-drivers of a couple of years ago.

We live in times in which elected leaders have seen a nosedive in their popularity—Obama in the US, Hollande in France, Sharif in Pakistan. But none has suffered as much as Mexican president Enrique Pena Nieto, whose popularity has plummetted faster than a downed tequila. Concerns over safety, an unchecked drug mafia, corruption—things are so bad even the independence day fiesta was a disaster. People said they were paid and given free food to make them attend the president’s programme. Nieto wasn’t helped by his wife, Angelica Rivera, a ravishing former TV actress. Her US $7 million mansion in the posh Chapultepec area was found registered in the name of an affiliate of a Chinese company that had won contracts for a high-speed railway between Mexico City and Queretaro. The worst was Nieto’s inability to do anything about the disappearance—and apparent massacre, by a drug gang—of 43 young trainee teachers. The event left Mexicans shocked and triggered widespread protests.

Thorn in the fat side

Mexico is one of the fattest nations in the world, with a third of its population obese. Many Mexicans love American fast food, and wash it down with drums of Coca-Cola. This led a TV channel to say that Mexicans have speedily transformed their diet from one which has maize and beans to one which bursts at the seams. This impending health disaster has forced the government to introduce a tax on sugary drinks like Coca-Cola in order to cut consumption. The paradox is that these changes in eating habits are driven by low incomes. With high prices of fruits and vegetables, obesity is fast becoming a disease of the poor. Processed foods—fatty, sugary and salty—dominate the platter. Quite a shame, for there’s an incredible variety of local food on offer. Traditional Mexican food is healthy, aromatic and enticing. I feasted at a ‘Vegetarian Only’ Mexican food at a joint in the upscale Palmas area. For dessert, I was given cactus fruit, a Mexican speciality.

Mexico City being on the same latitude as Bombay is just a geographical coincidence. Mexican newspapers are full of news items about corruption, scams and politicians forgetting electoral promises. Many Mexicans aspire to go to America, often putting everything at stake to cross the border. At the same time, there is a lot of warmth, innovation and ingenuity that people display as they go about their daily life. Indeed there is, in Mexico, the very familiar, friendly and comforting feeling of being in a place as colourful, ingenious and interesting as home.

The only ‘time’ I realise I’m on the ‘other side of the world’ is when I look at the time: eleven and a half hours of difference makes AM go PM, day go night.

Deepak Sapra is based in Hyderabad and works in the pharma sector; E-mail your diarist: deepak.sapra [AT] gmail [DOT] com