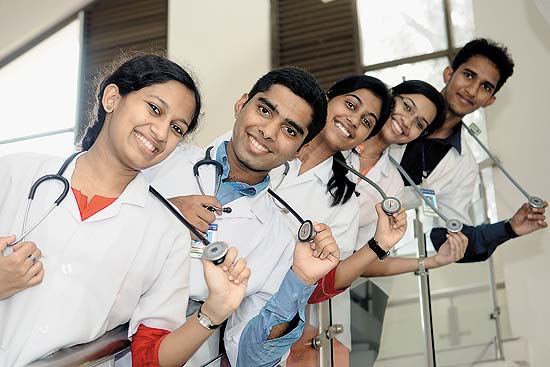 The process of ranking India’s best professional colleges began with an extensive listing of institutes and writing to the directors of institutes that have participated over the past years. Only colleges with government accreditation or affiliation and with at least three passed-out batches were considered for the ranking. Detailed objective questionnaires were then sent to more than 1,500 colleges across the country in nine streams—Engineering, Medicine, Architecture, Dentistry, Law, Social Work, Hotel Management, Fashion and Mass Communication. This year, colleges were also encouraged to download the questionnaires from Outlook’s website as a first step towards a fully online exercise in future.

In an attempt to encourage new entrants and continued response from patrons, this year, we also conducted a rigorous follow-up with e-mails, multiple phone calls and field visits to maximise participation of colleges. As is the norm, for most streams, colleges with government accreditation or affiliation, and with at least three batches that had passed out, were considered.

The objective questionnaire, which was made available on Outlook’s website, measured colleges on five key parameters—Selection Process, Academic Excellence, Infrastructure and Facilities, Personality Development and Industry Exposure, and Placement.

The weightages for these parameters were kept constant to ensure comparability with the previous year’s rankings. These parameters and sub-parameters, and their relative importance and weightages, were decided in 2010, in consultation with a panel of experts with reasonable levels of experience in their respective fields.

A separate perceptual survey was conducted among students, faculty, HR professionals, recruiters, practising doctors, dentists, social activists, fashion designers, media professionals, engineers, lawyers, hotel managers and architects in 17 cities—Delhi, Lucknow, Mumbai, Pune, Chennai, Bangalore, Hyderabad, Calcutta, Allahabad, Indore, Bhopal, Kochi, Chandigarh, Jaipur, Coimbatore, Patna and Bhubaneswar. Field researchers also conducted questionnaire-based interviews among senior faculty members, students and recruiters and professionals. We had a total of 1,423 questionnaire-based interviews with senior faculty members (with over 500 responses), students (with over 750 responses), as also with recruiters and professionals. In the final phase, an extensive audit was conducted in more than 130 colleges that we visited in 15 towns. Final scores were calculated by adding the objective and perceptual scores obtained by the colleges in all the streams.

This year, we received participation from nearly 300 institutes across streams, marking a 10 per cent increase over the last year, of which a gratifying number of 145 participants were engineering institutes. Also, looking at the good participation and a visible improvement in the quality of colleges participating, as well as a general increase in the total marks obtained by colleges, we have increased the Engineering ranking from Top 75 to Top 100, Law ranking from Top 15 to Top 20 and Social Work ranking from Top 5 to Top 10. Last year, we had, for the first time, presented all nine streams in an objective-perceptual format. This year, thanks to good participation across all nine streams, we have continued to rank all colleges across the nine streams in the same way.