The external affairs minister is the party's chief troubleshooter and a crafty draftsman of statements. The latter is coordinator for Lok Sabha election-related affairs and the Congress president's English speechwriter. 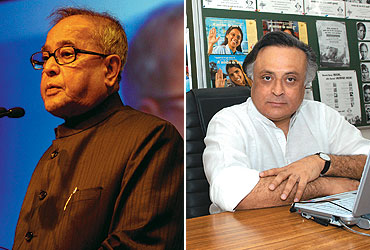 So, while Sonia Gandhi’s official political secretary, Ahmed Patel, is indisputably the party’s second-most powerful person, playing a critical role in making key appointments in party and government, it is Union external affairs minister Pranab Mukherjee who is called in to tackle any crisis in the government—he heads more than 30 Groups of Ministers on a wide range of issues. Diminutive but packing tremendous energy, it was he who snared the Left into permitting the government to go to the IAEA, and won India and the Congress the Indo-US nuclear deal. The calibrated manner in which he steadily mounted diplomatic pressure on Pakistan, compelling its government to accept the complicity of its citizens in the Mumbai terror attack, had a political spin-off at home—it deprived the BJP in this election season of a key issue, the terror card. Erudite, possessing a sense of history, he drafts statements which can be interpreted in multiple ways, always leaving the party room for manoeuvre. Crises arising from constitutional complexities call on his acuity of mind. Though never trusted to take on the prime ministership, he has been the party’s number two man for nearly two decades. But no one disputes the fact that he’s the Congress’s Chanakya for all seasons.

Then there’s the other Brahmin, Jairam Ramesh, who wrote a newspaper column in the 1990s under the name of—you guessed it right—Kautilya, Chanakya’s other name. Over the years, he has been an economic advisor to several state governments, apart from briefly working in the PMO of that most canny of Brahmins, P.V. Narasimha Rao, and being part of the Congress’s election think-tank in 2004. Recently, he juggled his job as minister of state for commerce and power with being a member of the now-defunct Sonia Gandhi-headed National Advisory Council and several party posts. More recently, he was asked to resign as minister and drafted as "coordinator for Lok Sabha election-related affairs", monitoring a 17-member committee. Among the few in the Congress who can crack a joke in the presence of Sonia Gandhi, his value to her lies in his ability to turn a neat phrase: it is Ramesh who writes Sonia’s English speeches and policy documents for the party. A master of spin, he once gave an interview to a foreign magazine in which he ridiculed Sonia soon after she had taken over as Congress president. Few Congressmen could have survived this. But he did, smoothly talking his way out of it.