Thrill Or Inspiration: What Drives People To Send 'Good Morning' Messages On WhatsApp

WhatsApp greetings blight our dawns. Their synthetic piety is like catnip to do-gooders. 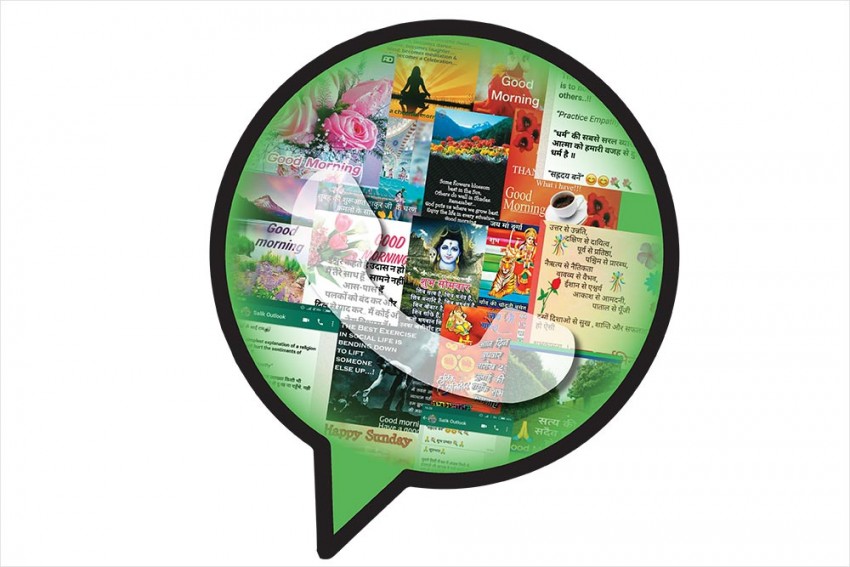 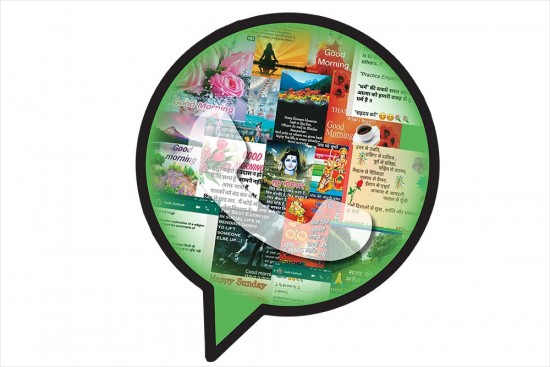 They are as motley a crowd as can be gathered—a 68-year-old homeopathic doctor from the hills of Uttarakhand, a 52-year-old school principal from Rajasthan and a 35-year-old taxi driver from Delhi. What sorcerous connection can tie up these three kind men, separated by geography and generations, crafts and cultures, in a common category? Except all three are claimed—hopeless men—by a ravenous digital weed: The well-intentioned habit of wishing people ‘good morning’ on WhatsApp every day in their own sweet, predictable ways.

‘Om Sai Ram’, written in Devnagri, flanked by two conch shells, is how one message from the principal begins. “The person who constantly focuses on his work and goal, never gets the time to cheat others..!! Focus on your Goals,” it dec­lares in a morning exhortation. The advice is repeated in Hindi and ends with ‘Shubh Prabhaat’, the latter bracketed by bouquet and folded-hands emojis, ensconcing the mite of wisdom in neo middle-class aesthetics.

Kamlesh Tetarwal shares this message with nearly 5,000 people every morning. Formerly a teacher of English language and political science, he is the principal of a government school in Rajasthan’s Jhunjhunu. Every morning he gets up at five and goes for a morning walk, his dog giving him company. That is when he drafts, designs and sends the messages across. He procures the inspirational one-liners from the internet, from books, even dredging his own wisdom for some. Occ­asionally, they are quotes of Mahatma Gandhi or Swami Vivekananda. He has roughly ten broadcast lists with over 250 members in each list. In addition, he shares the message in ten groups with nearly as many members. A more committed messager one cannot imagine.

But what actuates him towards this generous proffering? Tetarwal believes that a day starting with a good thought is likely to go well. “In addition, all those 4,000 or 5,000 people who receive my message will have a positive feeling about me in their hearts,” he says artlessly. Tetarwal, whose contribution to education has been recognised at district and state levels, was recently in local pap­ers for gifting a car to his daughter-in-law in the ritual of ‘munh-dikhai’ during the wedding. He also shares the achievements of his schools with people on WhatsApp, and as a rule abstains from political or religious commentary.

Tetarwal’s digital clan member, Mahesh Joshi, runs a homeopathy clinic in Uttarakhand’s Ramgarh and is also an early riser. He blames Maggi and momos for denuding India’s young generation of character and compares boys with spiky hair to demons. If the world doesn’t adh­ere to India and the Vedas, it will soon be finished, the sexagenarian firmly believes.

He sends ‘namaste’ to people, superimposed on photos of valleys and flowers—their synthetic, rubbery surfaces, dripping with freshly-deposited dew, exude a cloying, otherworldly shine—and gods and gleeful brown-eyed babies. Videos of bhajans and satyavachans also reach the 700-800 beneficiaries on brighter days. “I send it just to make them feel good. The only motive is to do some good. On Shukravaar (Friday) I send ima­ges of Shukra Dev, on Shanivaar (Saturday) I send images of Shani Dev, and so on,” says Joshi. “On days when I am unable to wish people, they call me up and ask why I did not.”

It seems the overwhelming impulse to infuse people’s lives with a quaint positivity seems to drive the personages behind morning greetings that unfailingly puncture those last hours of sleep. Gopal Saini, a Delhi taxi driver says: “Subah subah bhagwaan ka naam aa jaye sabki zubaan pe to aur kya chahiye. Aur apna circle mein hi hello ho jaati hai (If everybody is uttering the name of god in the morning, there isn’t more you can ask for. Plus you greet people in your circle)”. His images, bearing gods’ names—accompanied by images that can safely be called neo calendar art—are sent to 40-50 people daily.

Sharing news has become easier with WhatsApp, Gopal admits, but he’s alive to the dangers of it too. Once, he says, he forwarded a video of a man tied to a pole being beaten and one of the recipients called him up to ask about its origins. “I did not know, so I called the person who had sent it. He also did not know. That’s the thing, it’s difficult to find out where or to whom it happened,” worries Gopal. He recovers quickly to say, “But you should only forward good messages and videos. Some people send bad videos…. For instance, I was sent a video of an accident scene where bodies were lying on the roads. Such videos should be avoided.”

Psychologists say that compulsive senders of WhatsApp messages do it with little sense of understanding. “And the older generation, thri­lled over being able to use technology, and so effortlessly at that, does this much more,” says Anuja Deshpande, assistant professor of psychology at Maniven Nanavati Women’s College, Mumbai, whose recent research showed how excessive cell phone dependency among college students dent their cognitive functions.

Meanwhile, the guild of dawn greeters, so sanguine of their enlightening mission, seems to be drawing more people into its fold. One finds them in the most unthought-of places—in families and offices, among friends and nodding acquaintances. Even if it sets your teeth on edge at the crack of dawn, their pious sense of service is not to be denied.