Despite the elections,Pakistan is staring at worst-case scenarios 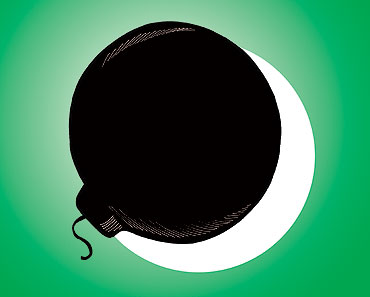 outlookindia.com
-0001-11-30T00:00:00+0553
Pakistan may have succeeded in giving itself a fair election, but just elections won't be enough to ensure a stable government, let alone one that can avert the threat it now faces to its very existence. It was obvious from the moment Benazir Bhutto's will was read that 25 years of active politics had not made a democrat out of her. How else does one explain the way in which she 'willed' her party to her husband? She thought of the PPP as a creation of her father and therefore on par with the other property that she 'inherited'. So why should she not bequeath her property to her husband?

It's this poison pill that threatens to doom what could be Pakistan's last chance of becoming a viable modern state. Intrigue of the worst kind has broken out in the party over the question of prime ministership: Makhdoom Amin Fahim, the head of the PPP in parliament, was 'accidentally' not invited to the crucial meeting between Nawaz Sharif and Asif Ali Zardari in Murree, which cemented the alliance of the two parties. No one was deceived. Shortly after the announcement, which raised hopes of a stable responsive government in Pakistan and of a return to peace, Zardari let it be known that he was appointing Fahim as an interim prime minister who would hold fort till he got himself elected to the National Assembly. Fahim has counterattacked by urging that the PPP's central executive committee should choose the PM. And as if this is not enough of a mess, a senior member of Nawaz Sharif's PML(N) has weighed in against Fahim, saying he does not deserve to be the PM because he has been meeting Musharraf 'too often'. If this outburst was orchestrated by Nawaz Sharif, it means that in spite of his party having emerged a distant second, he has not given up hope of emerging as a consensus PM when the time is ripe.

The intrigue does not stop there. Instead of accepting the unanimous decision of the two main parties to restore the Supreme Court judges he had sacked last November, Musharraf has consulted constitutional experts, who have duly and unsurprisingly advised him that his action had full constitutional cover and could not be overturned by the National Assembly. So, hours after he said he wanted to work with an elected government, Musharraf has embarked on a course that could put him at loggerheads with the entire democratic establishment.

So where could all of this take the country? The answer is chilling: the most despised, least deserving and arguably one of the most corrupt men in the country could become its prime minister. This will almost certainly split the PPP. Were that to happen, it would be the start of another monumental betrayal of the people's mandate.

As countless observers have noted, the dominant leitmotif in the Pakistani people's rejection of Musharraf was their anger with him for having involved Pakistan in a war against its own ethnic kinfolk. Their main, if unspoken, hope was that a democratic government would be more responsive to their wishes and somehow extricate Pakistan from the Afghan quagmire. That hope is fading with every passing day.

A split in the PPP will weaken the government that comes to power. Its leader will, therefore, have to depend on outside props. The only candidates are an utterly discredited president and the very same foreign power (the US) whom most Pakistanis hold responsible for turning their country into a terrorist playground.

Musharraf is already doing Washington's bidding. Thanks to the concentrated venom unleashed on him by both the main political parties, he has sought shelter under the American shadow. As a result, instead of allowing the newly elected government to consider Tehreek-e-Taliban leader Baitullah Mehsud's offer to cease hostilities if the new government ceases hostile operations in the tribal areas, he has launched a full-scale offensive against the Tehreek-e-Taliban. The five suicide bombings that ripped Pakistan apart in the past three weeks are the Tehreek's brutal response.

The elections gave Pakistan one last slim hope of survival as a modern state. That lay in Zardari curbing his ambition to head the government, for the larger good of the country; in the PPP and PML(N) swallowing their justified anger against Musharraf and recognising his value as the mediator between them and the army, and in all three elements joining together to call off the hostilities in Waziristan and looking, possibly in collaboration with India and Iran, for an alternative to mindless killing to bring peace back to Afghanistan. That possibility is fading. One can only hope that good sense will prevail before it disappears altogether.