Development is what they gave up their land for. Dust is what Mahan got.

Mahan is a metaphor for the raging debates that India is engaged in today. As the budget session kicks off, the Narendra Modi government is resisting a huge and concerted political opposition to the land acquisition ordinance. Insisting that there is an international conspiracy to slow down India’s growth, the government recently prevented a Greenpeace activist working in Mahan from flying to London. Outlook travelled to Singrauli, the energy capital of India, to find out why some villagers are trying to save a forest with over 5,00,000 sal trees—and why the poor refuse to part with their land, rivers and forests.

It’s a Monday morning but just a dozen two-wheelers are parked outside the gate. The orange company bus has just driven in—but there are only two people in it. The Essar Power plant does not betray much sign of activity. The plant that generated electricity for close to two years, we are told, was shut down two months ago. The company claims it had invested Rs 4,500 crore in setting it up in anticipation of getting the Mahan coal block barely four kilometres away, but ran out of patience when the government failed to put up the block for auction. It was not cost-effective to generate power at the plant with coal transported from a longer distance, officials explain. 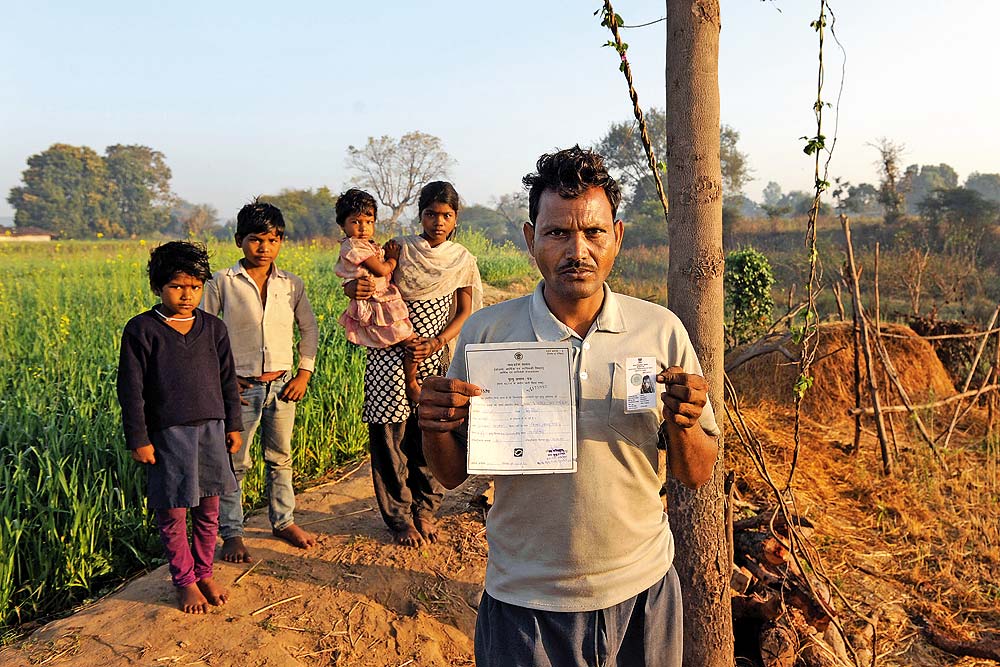 Living dead Bijay Kumar’s wife died three years before the gram sabha consenting to Mahan coal. Yet her name appears on the list of those who attended the sabha and gave consent