Melt In The Mouth 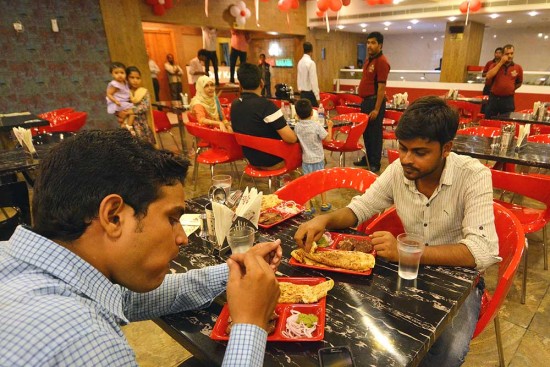 Around the country, there have been eateries which have seen legends accumulate around them. In Lucknow, that would be the Tunday kabab stands, and not just bec­ause of its 110-year history but also because of how it has leveraged the brand to its present pre-eminent position in India’s kabab stakes.

From a tiny 12x18 ft kabab-paratha corner in a narrow bylane of old Lucknow’s crowded Gol Darwaza street, it’s now spawned a 21,000 sq ft Tunday food mall in modern Luck­now’s Kapurthala complex. Founder Murad Ali got his nickname ‘Tunday’ after he lost his left arm, amputated following a fall from a rooftop while flying kites, his favourite sport. Little could he imagine that the handicap would become his biggest strength, give him a brand identity one day.