Once a management guru, M. Mahadevan took his theories to the market and turned into a visionary restaurateur 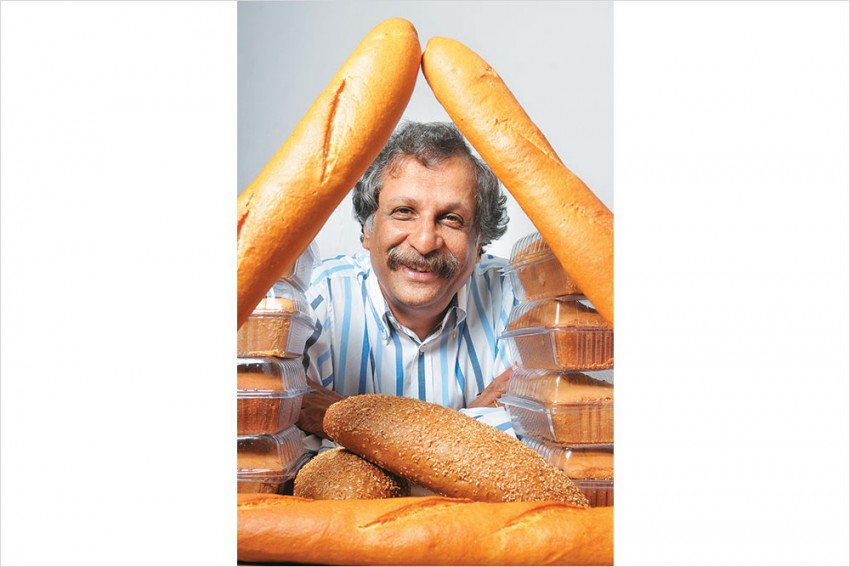 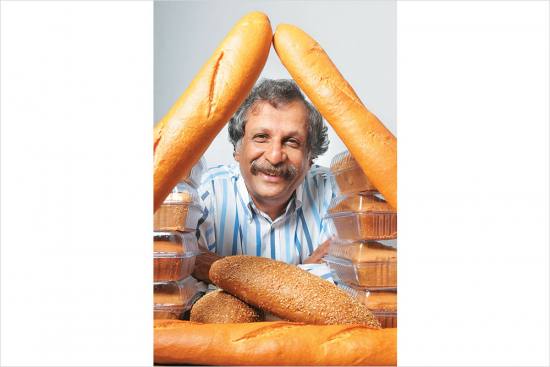 The forever humble, forever scrumptious dosa, with the old accompaniments of coco­­nut chutney and sambar, remains M. Mahadevan’s comfort food, though the restaurateur is spoilt for choice not just in India but across the globe, to tuck into a variety of cuisine free of charge.

While in Dubai to set up an outlet of his Hot Breads chain of bakery, he found only one south Indian restaurant serving dosa and sambar, but in the Udupi style more popular in Karnataka. That meant the sambar was not only thin but also sweetened with jaggery, very unlike the thick steamy spicy sambar one finds in Tamil Nadu. “Out of sheer self-interest I nudged Saravana Bhavan to open an outlet in Dubai, which they did reluctantly. While I got my kind of dosa with its accompaniments, Saravana Bhavan gained its first international foothold. The restaurant became so successful that soon there was demand from across West Asia and the US,” he recalls.

Often, Mahadevan competes with his own brand. French Loaf, thus, came to be with Hot Breads remaining a player.

The success of Hot Breads, the first see-through bakery that served pizza in Chennai in 1989, and its rapid spread saw the name ‘Hot Breads’ permanently prefixed with Mahadevan’s name. There are now 30 HB outlets in India and 22 abroad and though Mahadevan (63), a former professor of marketing and management, has 285 partners and nearly 200 eateries around the globe, the moniker ‘Hot Breads’ Mahadevan has stuck.

And the impress of his spatulas, if you like, are there across cuisines. From restaurants serving far-eastern cuisines like Cascade, Benjarong, Teppan and Wang’s Kitchen, to south-Indian seafood served through Marina, Kerala cuisine through Ente Keralam, north Indian food at Bombay Brasserie and Copper Chimney, to international ventures serving Tamil non-vegetarian food via Anjappar, Sin­dhi food through Kailash Parbat and classic south-Indian vegetarian food through Saravana Bhavan. He also opened Zara, Chennai’s first standalone resto-bar in the ’90s.

How does he come up with an idea, knowing instinctively which gap to fill in the crowded restaurant scene? “I actually smell the gap. The market forces guide me,” he confirms. But there are brainwaves, often from his own employees. When he opened a French restaurant in a large bungalow in the posh and leafy Poes Garden area, he was unable to get a liquor licence. “A French restaurant that could not serve wine was a non-starter. So my chef suggested, ‘why not Kerala cuisine’? And Ente Keralam was born. We even got Unnikrishnan Namboodhiri from Kerala to cook pure vegetarian dishes during Onam; advance bookings are lapped up on the first day. The venerable Kerala cook had only one condition—he needed a separate kitchen and utensils for that one week. We obliged, even though they remain locked up the rest of the year,” he discloses.

Similarly, in Dubai, when he was about to open his first Hot Breads, the parking lot in front was acq­uired for another building. Maha­devan saw the Aswaaq supermarket coming up right opposite, so he wal­ked up to the promoter and persuaded him to rent about 200 sq ft for his bakery, pointing out that his customers could buy freshly baked bread as well. Today, there are 16 Hot Breads outlets as part of the Aswaaq chain in Dubai. 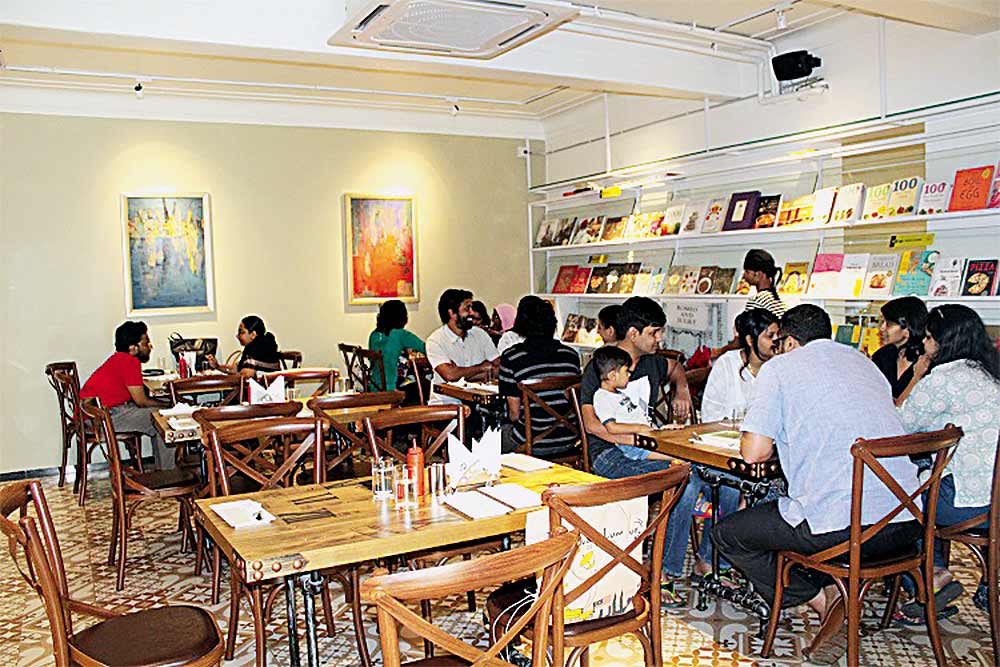 In Writer’s Cafe, people tuck in pizzas and coffee, while browsing books on the shelves, courtesy Higginbothams

His latest offering, Writer’s Cafe, is an outcome of this ability to rethink and rem­odel on the spur, almost as a reaction. The cafe, close to the iconic Sathyam cinemas, also houses a branch of Chennai’s oldest bookstore, Higginbothams. The walls are lined with books, for browsing and buying, while the tables overflow with youngsters animatedly talking or doing projects on their laptops. “They are allowed to linger here forever. They enjoy the fresh and friendly ambience. We sell our coffee, pizzas and pastries, while Higginbothams notches up a monthly sale of books and stationery worth Rs 5 lakh,” Mahadevan says, pointing at the successful combo of coffee and books.

Writer’s Cafe also marks an important milestone in Mahadevan’s social outreach. It employs 21 women, all victims of acid attacks and fire accidents. They are trained in baking and making ice-cream at a specially constructed training centre free of cost with a stipend, and then employed in Wri­ter’s Cafe. Even his share of profits from Higginbothams gets channelled towards their hostel fees and their children’s education and healthcare.

A decade back, Mahadevan had teamed up with the Chennai Corp­oration to train school dropouts in baking and started the ‘Winners’ bakery chain in Corporation outlets. “These kids not only get employment but also skilled training. They are free to move to any other restaurant or pizza outlets. The same applies to our women staff in Writer’s Cafe. If some hotel wants to utilise their skills and offer higher pay, they are free to move,” he explains.

When pressed on the total worth of his far-flung business, Mahadevan predictably finds a way round a simple answer—it is too fragmented to arrive at a ballpark figure, he says. His philosophy is simple—while convincing Saravana Bhavan, Anjappar or Kailash Parbat to start a new outlet outside India—he brings in partners only after he puts in his own money in any collaboration. “That gives them the confidence that the business is going to work. So they bring in their friends or relatives to partner me when we expand to newer markets,” he says. Mahadevan says he mentors new restaurants in new markets till they stabilise. “Food business cannot be rem­ote-controlled,” he states. Which means that he is travelling across the world, making sure his eateries are fit and healthy since his reputation as a restaurateur is at stake.

“When I visit them and taste the food I always give my feedback to the man in charge, to hold him responsible. No getting around his back. That is one reason why most of the top chefs have stayed with me for decades. In an ind­ustry known for attrition this itself is a huge achievement,” he says with marked pride.

Often Mahadevan chooses to compete with his own brand. He launched French Loaf, another bakery chain, even though Hot Breads remained a strong player. “We wanted to upgrade products and with better ingredients like Belgium chocolates as raw materials, for we cannot increase prices in Hot Breads. So we launched French Loaf with higher prices. Also, the market was improving and there was a place for some more brands—before someone starts, we decided to compete with ourselves,” he says, thereby breathing a mantra of relentless search for excellence.