“Media Subdues The Public. It’s So In India, Certainly” 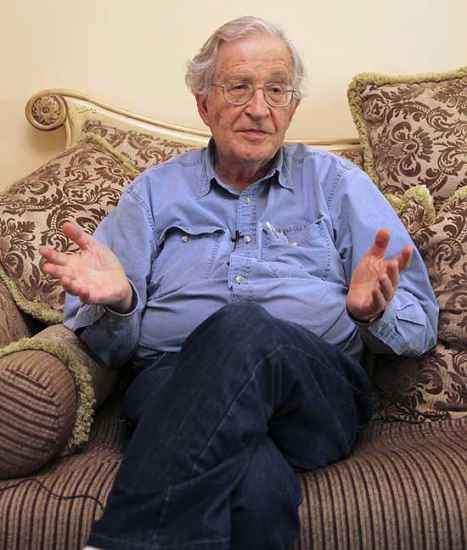 Noam Chomsky has a veritable cult following among those who are sceptical about views the liberal media espouses and government propaganda machinery spawns to suit their often overlapping agendas. Compelling is his criticism, breathtaking is his knowledge, persuasive is his voice, and deep runs his humanity. This 82-year-old Professor Emeritus of Linguistics at the Massachusetts Institute of Technology, Boston, has written over 100 books and is considered the doyen of modern linguistics. To the world outside the academia, though, he’s more famous as America’s leading dissident intellectual whose instinct it is to expose the hypocrisy of the powerful. His awesome credentials inspired The New York Times to describe him as “arguably the most important intellectual alive”.

On the 15th anniversary of Outlook, Ajaz Ashraf and Anuradha Raman talked to Chomsky over the phone on aspects of the crisis plaguing the media. These included the questions you readers have often wondered about: Is the media really free? Or is it the handmaiden of the elites, the state? And how does one distinguish propaganda from news? Speaking with the candour and brilliance typical of his writing, Chomsky says the crisis in the media is not a result of its declining revenues as much as its intellectual dishonesty. He also sprang a few surprises—for instance, he finds the media in Pakistan more vibrant than it is in India. Excerpts:

Why do you say the idea of a liberal media is a myth?