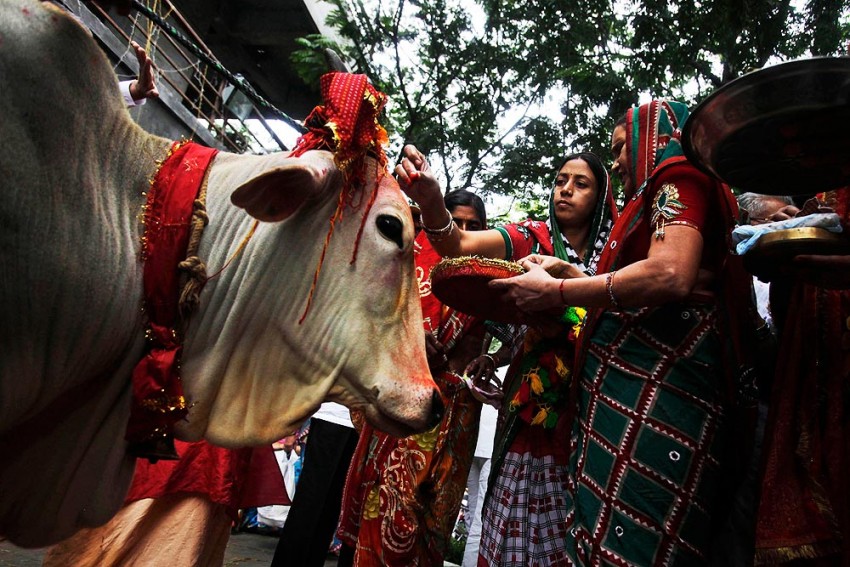 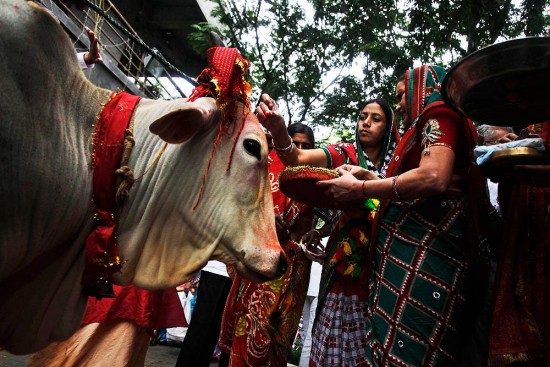 I was born in Paris, and as a proper Frenchman, I was very quickly initiated into the custom of eating beef—lots of beef, in fact. In boarding school, we ate meat twice a day. Not only that, France has taken eating beefsteak to a higher level: we like it saignante, or hardly cooked, so it’s still bleeding on the plate. We even eat beef raw—it’s called steak  tartare, and is topped with a raw yolk. Mmm...used to love it! The story behind the ‘tartare’ is that, when their horses died, the Tartars, being so much in a hurry, would carve out the choicest parts, and sit atop the pieces on their new horses—so that the meat ‘cooked’ a little!—before eating it, still riding hard towards new conquests. That brings us to horsemeat. When I was a kid, there were boucheries chevalines, or horse butchers, all over Paris and we used to eat horsemeat, tho­ugh today it is frowned upon even in meat-crazy France.

When I came to India, I quickly realised this country had more of a chicken and mutton culture, and my beef-eating habits slowly evaporated. On flights, I discovered that at least 60 per cent of the meals served are vegetarian. That set me thin­king, for by the 1990s, we already knew that raising cows for beef uses tremendous amounts of water. Besides, producing a kilo of beef creates as much carbon dioxide as a driving a car 250 km.

Once, covering Uttar Pradesh for Le Figaro, I visited a slaughterhouse. I shall never forget the blood and the terrible mooing of the cows. I became a vegetarian that day! I and my wife are also teachers of the Art of Living pranayama and meditation techniques of Sri Sri Ravi Shankar, and we quote him often: “It takes up to 72 hours to digest red meat, which rots and ferments in our bodies. Vegetarian food, on the other hand, is digested in a few hours.”

Yet, although I’ve often been labelled a Hindu supporter, even a saffron journalist, I’m not a blind defender. For there many contradictions in the ‘sacred cow’ image: cows in India are often mistreated, beaten, underfed, let loose to fend for themselves. And there’s no end of cheating: in Europe, all dairy products are made from cow’s milk; here, much of the milk, butter and cheese sold is almost wholly from buffalo. Cheaper, so more profits, but harmful because of the high fat content.

Coming to the recent beef-related murders in Dadri and Jammu, which I condemn, like many in India. Once more, it is a question of reciprocity. Hindus, since time immemorial, have recognised the fact that God incarnates Himself (or Herself) at different times, with different names, with his story and views presented through different scriptures. This is why India has always been a refuge for persecuted minorities—Christ­ians, Jews, Parsis, Tibetans. A Hindu thus has no prob­lems about entering a gur­udwara, a church or  mosque. But that’s not true of an Indian Christian or any Muslim, who may often consider it a sin to cross the threshold of a Hindu temple.

In the same line, Hindus have always respected the fact that Muslims do not eat pork, and I have never heard any Hindus challenging this belief. Why can’t Muslims reciprocate by stopping killing cows, knowing that they are sacred to Hindus? Why can’t they, like I did, adapt to the local customs of the day? But then, I wonder if there might be more to this issue. Could it be designed as a wilful insult to Hindus? Quite possible, as pointed out by Tufail Ahmad, a former BBC journalist and a Muslim himself: “Beef conflicts are not new to contemporary India. Cows are not slaughtered across the Islamic world, but the reason cows are slaughtered mostly in the Indian subcontinent is because Indian Islamists introduced the practice of cow slaughter here as a challenge to the Hindu religious practice of worshiping cows.”

Finally, a word about all these intellectuals clamouring for their right to eat beef. Yes, it is their right, but after having been colonised by the British for 300 years, much of the Indian intelligensia still apes the West, even though Europeans have started converting more and more to vegetarianism.

Related interview on the myth of the sacred cow

In June last year, the New Scientist reported that going vegetarian can reduce your food-related carbon footprint by half. Beef and all kinds of meat leave larger carbon footprints than many other foods by far.