Meanwhile, In The East 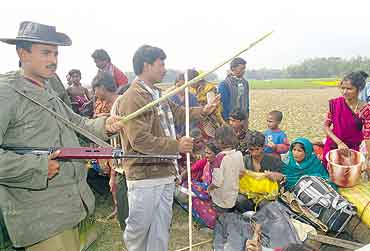 Singh also pointed at fresh reports indicating that new fundamentalist groups were emerging which could pose a serious threat to the Northeast, particularly the sensitive Siliguri corridor which links the region to mainland India.

In fact, Singh's letter corroborates inputs provided by security agencies and an army assessment. It is not as if Bangladesh is preparing to wage war with India. But the army has it that Bangladesh army is preparing for low-intensity conflicts in which it would lend a covert hand to insurgent groups in the region.