Hurriyat is feverishly trying to reunite, but this could bring back the vortex of fear 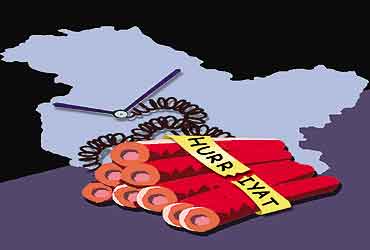 The overtures to unity that followed have reached a point where the two factions are trying to decide whether to merge or simply set up a coordination committee. Opinion within the Hurriyat seems to be veering towards a merger provided it is accompanied by an enlargement of the executive committee and the induction of new people into it. The Kashmiri nationalist intelligentsia may be forgiven for believing that this will be to their benefit. A unified Hurriyat will carry the weight they need to influence thinking both in New Delhi and Islamabad. In fact, in the tortured, fear-ridden politics of that unhappy state, the unification could also have exactly the opposite effect—at its very worst, it could plunge Kashmir and, with it, both India and Pakistan back into the vortex of violence in which they have lived for the past 15 years.

To see why, we need only to remember the reasons for the original split some 20 months ago. The crack brought into the open the simmering disagreements between the minority led by Syed Ali Shah Geelani and backed by the Jamaat-e-Islami which wanted to merge with Pakistan and the larger faction that wanted independence or self-determination. This deep division, which harked back all the way to the split between the Muslim Conference and the National Conference in 1939, remained latent in the early '90s but surfaced after the indigenous insurgency died down and Kashmiris began to yearn for peace.