Me Grandad Has A Forest 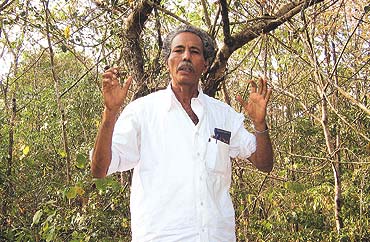 If he was the average non-resident Keralite, P. Abdul Kareem would perhaps have been keeping accounts at a firm in the Gulf. Instead, he is today at the forefront of a forestation programme he started in Kerala’s northern district of Kasargod. Kareem has created a mini forest on what once was a barren, laterite hillside.

Drive down to Puliyamkulam village, 30 km on the NH7 between Kasargod and Payyannur, and you pass Kareem’s forest park. It is home to 300 varieties of trees, herbs, shrubs, creepers and rare fruits. It all started way back in 1977.

Born of illiterate, lower-middle-class parents, Kareem had studied only up to the higher secondary. But he grabbed the opportunity thrown up by the Gulf boom of the 1970s. What sowed the dream of creating a forest near his village was the greening of deserts in the Gulf countries.

Recalls Kareem: "It was an impulsive decision. I decided to buy five acres of barren land. People were bewildered when I bought another 27 acres. But it was a buyer’s market since owners of the rocky...