We will be sending a petition to Mr Quraishi requesting him to cover all statues across north India during the winter months... 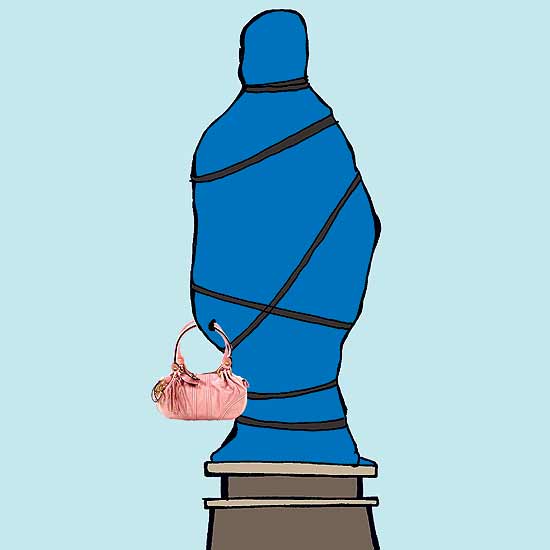 I know humans believe that statues don’t speak. But statues know better. Luckily for folks of my ilk, cast in stone, we now have our own Dr Dolittle. He’s known in our world as Dr Domore and has the remarkable ability to communicate (actually speak to us). He honed his skills at the secret Stonespeak University run by a clutch of sculptors and architects in New York. Now, don’t even try to search for the institution on a map because it’s not listed. Stonespeak has no campus and the faculty and handful of students meet in a corner of Central Park to exchange notes and bubble gum. Incidentally, it also runs a short-term course on gathering moss with a rolling stone and even invited Mick Jagger to guest-lecture. But he refused because he didn’t like the mask the university sent him to disguise himself.

Now, Dr Domore, who hails from western India, is currently in UP, interacting with all of us. Which is how this diary became possible in the first place. Naturally, we statues are all happy he’s here, particularly so since the election scene is hotting up. Well, before I forget, I must tell you a little bit about the good doctor (being rather shy, he didn’t want any focus on himself but I insisted on putting down a few words so that statues of the future will know that such a remarkable man existed). Anyway, Dr Domore first discovered his gift of communicating with what humans call “inanimate objects” on a school picnic to Nashik. There, he chanced to hear pebbles on the banks of the Godavari giggling behind his back. He immediately turned around and asked what was so funny. “We were just laughing at a joke that the grey fellow there cracked,” came the faint reply. Ever since, he’s worked hard on improving his ‘stone-talk’ vocabulary and accent...an activity he had to do rather discreetly. Reason: a trusted schoolfriend he first took into confidence thought he had lost his mind or was having auditory hallucinations. Nowadays, to make a living, the doctor works under an assumed name as a vet for a Pune-based NGO.