A rock-solid sorority that holds the flock together. But their fight is not only of gender. It’s a universal community they serve. 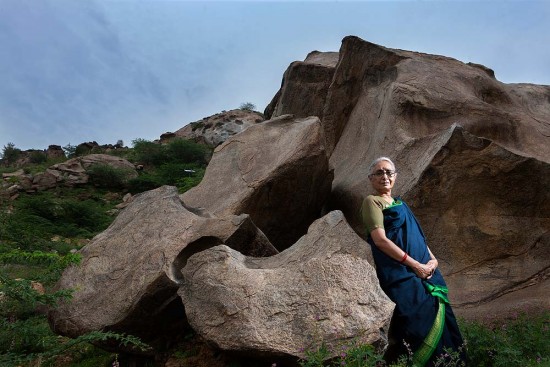 “Be the kind of woman that when your feet hit the floor each morning, the Devil says, ‘Oh Crap, she’s up!”

We have little boxes in our minds. We are mostly conditioned to see women as our mothers, victims of the deep-rooted prejudices of our society, or objects of desire. But look a little closely at the women of this country on this Independence Day and we cannot ignore a strange but powerful truth. There are some women of India who are guardians of the galaxy of our constitutional rights, defen­ders of the poor, seekers of justice. Think of a mass campaign or a judicial battle and you will all too often find a woman leading it or behind it.

But what must also be stated at the very beginning is that many of these women have been confronted with a reality that tries to push them to the fringes. They have faced everything from arrests to persecution by the state to slander campaigns. From Teesta Setalvad to Aruna Roy, from Medha Patkar to Irom Shar­mila, from Indira Jaising to Dayamani Barla and Arundhati Roy, it has all too often been suggested that these women are acting against ‘national interest’, which presumably means that they have disturbed the consensus of those who wield power. They have therefore fought battles with their backs to the wall, and what must also be stated up front is that they have not just fought for feminist values or women’s rights, they have fought for the universal rights of the human beings of India beyond gender: man, woman, Dalit, Adivasi, Muslim, Hindu, Christian, middle class, the underclass, the poorest of the poor.

Let us therefore examine what it is that these women have done and are accused of doing. Teesta Setalvad has just got anticipatory bail...