From an ongoing work, a return to poetry after eight years 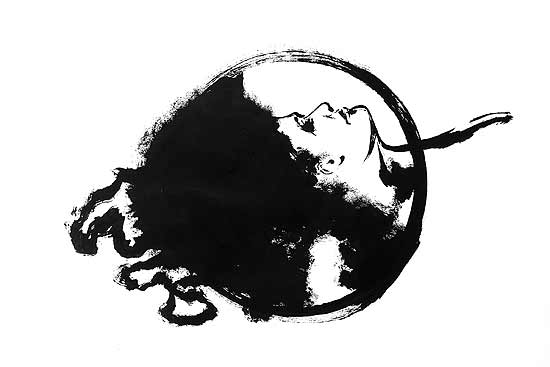 Days narrow like the magic eye
Of an old radio.
Nights short
Like twitter text.
At my window I see the creek climb
With the sun and spread
Over slush and sedge
A white haze hard to tell
From the day,
And take calls from users’ club.
We discuss effects,
Wish each other luck,
Each guarded word a coded cry for help.

I lie down; listen to the tide
Of blood breaking in my ears,

I open the door with a key, sharp and serrated like a knife,
Good enough to work its way through ribs and open a heart.
I enter the house I’m moving in, looking at either side
For traffic of phantoms from the past.

I cross the hall and find the corridor leads
Not to the bedroom, but a kitchen, wood-smoke,
Rising from an oven set on fire by the sinking sun.
The washroom is not where I expected, nor the little study
Where I had wished I would quietly expire as I closed a book. The balcony runs into a wall, wreathed in ivy that came away
In my hands as I fell when I was eight,
And the air rings with echoes of my scream
When the thigh bone cracked.
In the courtyard, a slathered white slab,
A mile-stone on its back, flown in, no doubt,
From some laundered land, on which my mother scrubbed
Linen and wear, rainbow bubbles streaming from her hands.
Two many houses under one roof, I tell myself.

I push against a closed door that I had missed off the hall
Bracing to see my father writing, the fat green pen smoking Between his fingers, and see
A small boy in shorts instead, sitting in a chair on his knees, Elbows on the table, watching with ancient eyes,
Ink flow and shape lines that glow.
He jumps up and holds the door, head to one side, and says,
Welcome home.

The night is alive with pop-ups, alerts, messages,
The universe is festooned, star to star,
With iridescent urls, each link a lit window
To a show that will stop time, to a dog that can talk,
A moon that will rise just for you in some private park.
Aliens smile, cry or wink; one wears a patch, another a hat,
Disguised as emoticons they sit and wait their turn, row upon Row, like a trick of cards. Online, miracles multiply
Like rich man’s loot, false widows look for partners
To share their gold, spell their names wrong in bold.

I lie in bed for the tabs to kick in, run a hand over my face
Disrupting, surely, signals of speech, thinking of links
In my past that did not connect, doorways that lead
To rain, texts of planned obsolescence, a sky blank
Like a blind eye. And I’m mystified
By the silence surrounding me from wake to sleep. 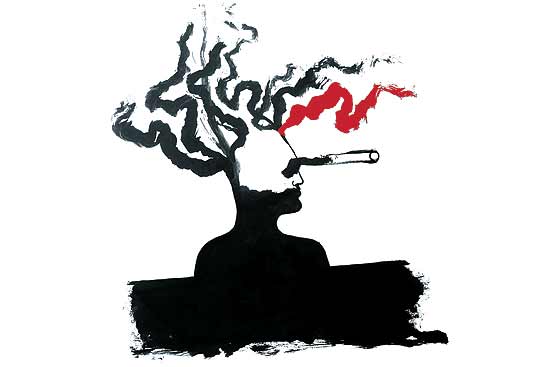 Far below, a man runs against the wind
From the cops towards the docks.
A truck pulls away from a ship set on fire
By the clock,
Turns and heads for the road.
A couple on a mobike cruises
Along the edge of the evening, past the cops.
The man crosses the road
As the cranes swing over the pale moon
Towards the garbage hills, looking for refuge
In refuse. The mobike swerves
Past the runner who doesn’t look back
As the truck meets the bike,
And the sun sets,
A crimson smudge in the west.

You shift in bed, next to me,
But your voice issues impersonal
As in a public announcement:
These are the words you like,
Dark, descend, stairs, nude, lantern, river, death
Perhaps not in that order,
And you think this is what your life is, a few words.
Everything is richer than you think.

I believe you are right, each man has his edition
Of the dictionary; to a few, a whole thesaurus
Of just one word.
What are yours, you too have a favourite drink?
I take care not to voice my thoughts, aware of the sheath
Of space between us, just right for a sword to hide
And worry why it takes just two people for such quiet.

What The Doctor Said

Whatever you do, don’t drink
When you are on Mirtaz, Daxid, and Zapiz.
Because dead
Or alive, you will hallucinate, you will see vultures
Perched on the window. I stayed with that for a while
But when the rain got too much and I flipped
Through the album of my dead in my head,
Their eyes full of life, embalmed in light,
And their being nowhere in sight, moved me to drink.

I returned late in the night, and fumbled in the dark
And wondered if this was a key without a lock.
At long last, all of it came away in my hands
Lock, stock and barrel, and though I was drunk
And sweating like a bottle of beer in the sun
I could see in the dark all their faces luminous like lamps. 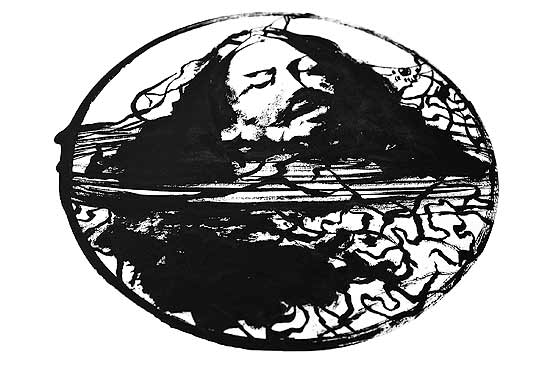 These roads are good now, clean, deserted,
Good to walk, or cycle. A lone Victoria,
Slow, as if the old horse is drawing the whole city after it,
Is the only traffic. The lamps on Marine Drive burn,
Like candles to the blind; the footpath is salted
With spray. The parapet is empty except for a couple
Sitting a little apart, a wedge of sea between them,
Gazing at Arabia, where the sands must shift.
A couple of hours more, the sun will smoke
Ants out of hills. In a clock full of 4 am-s
This would be the city to live in
And the time, perhaps, to end another love,
If only, amigo, bleeding, you could trust
A horse to take you home.

When we are done with the nature of light
At what great speed it travels, the evil thing it does
To mass, its tricks with the eye
Refraction, and reflection, in the mirror finally
We are left with time. When a child, I could see
In the glass on the wall in my grandmother’s house,
My forehead. Later, only the chin,
As my grandmother was short.
There have been other mirrors, when all features
Came to light, and yet you were blind to sight
Except that you have begun to look
Like your ancients, a great grandfather there,
A grand uncle here, all having travelled by light
To the great hall inside the polished glass.
These magisterial men stare at you from afar, distances
Measured in irreversible events, till you give in and blink,
Mirrors within mirrors, they all go blank,
And it’s time to cross over, full eye and no mercy,
Return the favour to the next in line.

The leather chairs are stuffed, welcoming with arms open,
Head rests, leg rests, thrones fit for a Herod. At thumb,
A button to draw you level with the ground,
Once used for burial, then a dumping site, now a mall
Housing a salon for those who believe appearances will keep Hopes alive as they go about, close shaved and hair trimmed,
Men fleeing through mirrors their nature, risking all
To fall in line as he comes, smelling the compliance
Of shampoo, tonic, powder and cream, and sprinkles
Water on your head as if to douse a fire.
You close your eyes to the hair swept to a corner,
Flecked with blood, and wait for the blade to bite
As with hands that might hold down a calf,
He presses a razor to your throat, and you think of John
Staring at Salome from a plate, his locks still dread.

Poems from Rapid Radio, a collection under construction

Needed, A Love Jehad For The Soul