Masons To The Wall 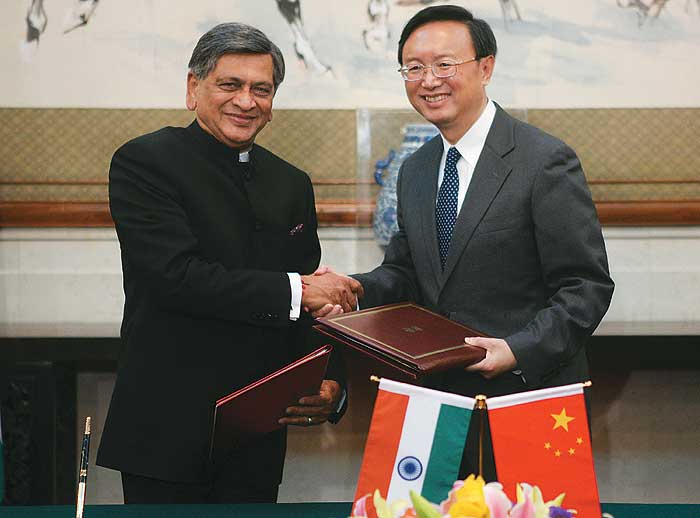 “India and China have only begun to impact seriously on the world. Today, we are striving to rewrite the rules of the world a little more in our favour.”

—Foreign minister S.M. Krishna at the China Institute of International Studies in Beijing on April 6

Mostly seen as rivals and sometimes even as direct adversaries, India and China are presently trying to embark on a new path where their combined strength and joint cooperation can take on the West and force a change in the rules of global engagement such that it would benefit the two countries.

For long, India and China have had to follow policies formulated and articulated by an elite group of nations in the West that had kept them away from accessing sophisticated technologies and slowed their growth. But they are today regarded as emerging global powers and studies conducted by international bodies like the World Bank and the IMF show that if China and India can sustain their current growth rate, by 2030 they will become the second and third largest economies of the world respectively.

In addition, one-third of the world’s population lives in China and India. In another two decades, more than 92 per cent of the global middle class are projected to be in the developing countries, of which China and India will account for nearly two-thirds.

But much of the optimism regarding their combined clout in the global arena  comes from recent experience. In January, India and China worked together at the Climate Change Summit in Copenhagen to steer the debate in such a way that no formal encumbrances were put on their growth. Their joint cooperation came as a surprise to many, though officials in South Block say the two sides had been working on the issue for...