'Devdas' fails to excite critics at Cannes, will it sell in India? 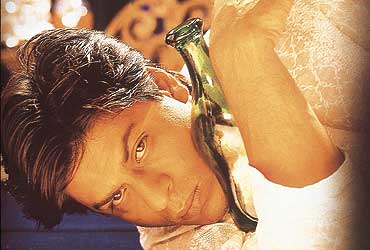 Too much of love might not be a good thing after all. By all accounts, Devdas, India's priciest film ever, was abandoned unloved by the majority of critics at its showcase premiere at the recently-concluded Cannes 2002. In the cinefest, Bhansali's labour of love was one of the five 'out of competition' films, and the one which would prove, in the words of India's prim information and broadcasting minister Sushma Swaraj, that there was "more to Indian creative talent than snake-charmers and monkeys".

One is not so sure of that. Bhansali's lavish ode to love, featuring pretty performers in overweight dresses, stained glass, Chinese brocades and lush muslins to give it the ersatz period feel, has left international critics stone cold—so much so that most have not even reviewed it. Here's Derek Malcolm, the highly-respected film critic at The Guardian, London. "Of course, nobody can see everything at Cannes, so I may well have missed even more films that were something special," he says. "But among them certainly wasn't Devdas, the first Bollywood film to be shown at Cannes and a pretty silly three hours worth of romance, song and dance, and utterly tasteless—if luxuriant—production design. Not fit to lick the boots of Lagaan, Devdas was once filmed by Bimal Roy, who is a real filmmaker. This adaptation looked as if it had been put together by a Hindi Busby Berkeley on a very nasty herb." (Busby Berkeley being a legend of early Hollywood musicals.) Richard Corliss, the prolific Time magazine critic, unwittingly gave out the biggest secret that Bhansali's spin doctors have so far successfully hidden from the Indians. "...a Bollywood musical, was part of the official selection, luring Indian mega-muffin Shahrukh Khan to this dappled Riviera town," he wrote. So far so good. "(But) Devdas, a three-hour romantic phantasmagoria, got little indulgence from the international critics. Though they sat obediently through dozens of mopey minimalist movies, and one with a brutal nine-minute rape scene, they had a low threshold of pain for a pretty film with pretty people singing of love and loss; exactly one critic (this one) was there at the end."