Caution against SARS, like pneumonia, helps. But there's no need to panic. 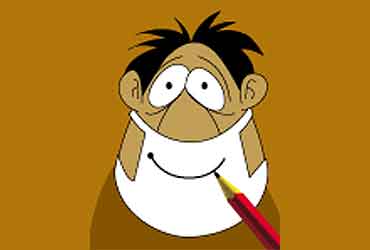 The main reason for the panic is that apart from the coronavirus being unknown to us, it has also spread very rapidly. People who have travelled to China, Singapore, Vietnam or other SARS-affected countries have been infected. And they, in turn, have infected others back home. A close monitoring of the who website suggests that the SARS curve is now on the decline, slowly, after reaching its peak some time back. Vietnam hasn't reported any new case in the last 20 days (twice the time of the virus' incubation period). I believe the graph will follow a similar pattern in India too—it's on the rise right now and within weeks or a month will show a decline. It's a conclusion based on the fact that every new infection affects a large population initially—there is no resistance to the virus from the human body, and thus the casualties. However, there will be many who will not develop the disease. Slowly, immunity develops in people from sub-clinical/minor infection and the epidemic gets limited. Even then, the mortality rate is dependent on the magnitude of exposure. Certain very virulent viruses, like the Ebola in Africa, can cause death even with a low level of exposure. But fortunately, the SARS virus is different—you have to be infected with a certain quantum to develop the disease. Therefore, not everyone who has been exposed or is infected by the coronavirus will develop SARS. Neither will everyone who gets infected die. The case fatality rate from SARS is only 3 per cent as per reports from the Center for Disease Control, US.

A substantial number of people may be infected in India too. But their level of exposure isn't as much to be manifested in the disease. They are bound to spread the infection further. However, with time, immunity against the virus will rise. As with all contagious diseases, its virulence will decline in subsequent cases and the fatalities will reduce. So, unless you have been frequently travelling in an affected area and have been infected very badly, there is no need to panic. But how do we deal with badly-infected cases? There are diagnostic problems with SARS. That is nothing new—whenever a pneumonia patient is brought to a hospital, doctors don't have enough time to determine which organism has caused it. It may take weeks to isolate and identify the infection. This is particularly true in the case of SARS too where the diagnostic tests aren't yet foolproof.