Internet with a mind of its own? Your hand a palmtop? These, and eight other ideas push the envelope and how. 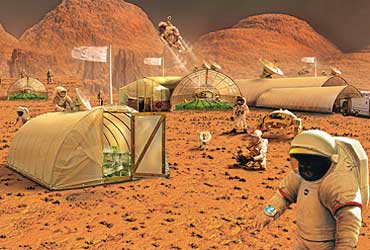 The Biosphere experiments conducted in the US some years back were essentially in preparation for extended group-living in space, on other planets. A crew of volunteers entered into and lived together isolated from everything in an artificially cocooned environment, with its own internal ecosystem which mimicked an average Earth ambience. They grew their own food, recycled human waste, generated power and synthetically replenished air’s oxygen content. They came out after a year. The next step is to do it for generations at a time. That would require doming up a piece of uninhabited territory and reproducing inside it the conditions existing on, say, Mars. Decrease atmospheric pressure, replace it largely with CO2, change the soil to red rock and sand, and pump in a very minimal amount of hidden groundwater in the form of permafrost. Also, annihilate all traces of life, fungal, bacterial, even viral. The project would again need volunteers as these people would never be coming out on Earth again. 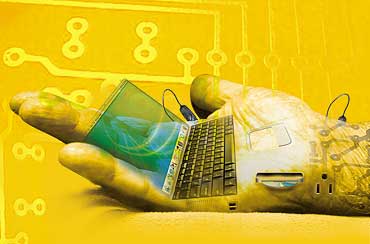 Bio-scientists are turning their attention to the human palm and fingers, the appendage that was the mother of all numeracy. They see the markings on the fingers as analogous to the buttons on the calculator with the flat of the palm an electronic display area that can be activated by sensors lying underskin. Now if only the two could be connected internally with fine hardware implants and a tiny processing chip, and one could literally walk around with a built-in calculator inside the fist. Not only that, the notches on the fingers are numerals we have internalised since early childhood and our thumbs can pick them off rapidly without even looking. Better still, the notches go up to 20 digits instead of just 10. When electronically enhanced, touching them with the tip of the thumb as we do in normal counting could give a readout on the flat of the palm—an ergonomically perfect display zone with natural privacy.

Streets That Light Up 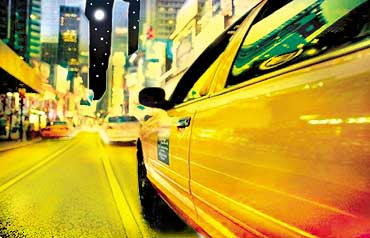 Bioluminescence is the production of "cold" light courtesy a chemical reaction of enzymes produced by many living organisms like fireflies, glow-worms, several marine animals, bacteria and fungi. Bioluminescent bacteria, in fact, occur nearly everywhere, and manifest themselves probably most spectacularly as the rare "milky sea" phenomenon in the Indian Ocean where mariners report cruising for hours through a night sea glowing with a soft white light. Researchers have now been able to synthesise these chemicals and create layers of thin, luminescent foil. They’ve found that even a very slight electrical charge could make the chemical generate enough light to see by. One grand vision is to layer street surfaces with similar material so that a small charge could make the whole road glow, thus eliminating the need for streetlights or blazing automobile headlamps. This would conserve energy, be aesthetically pleasing and totally non-polluting.

Can human beings develop submarine breathing apparatuses? Gills, after all, aren’t such advanced biological organs that they can’t be replicated. If a tissue-generated heart isn’t that far from becoming a reality, what’s a lowly gill? Just that no one has thought of the need for one—yet. But pollution or crunch in overland space might force us to go under and cities of the future may well spring up at the bottoms of shallow seas. The benefits of being able to breathe water then would be of such great advantage as to offset all cash calculations based on a robotic-technological industry. 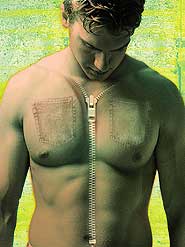 According to Arizona State University’s Applied NanoBioscience Center in the US, makers of the Scentsory Chameleon Bodysuit, it’s a "smart second skin with integrated printed organic opto-electronics and flexible nano-genetic devices on textiles". In plain English, that means the era of wearable electronics for fashion and health is here. Electronic and fluid dynamics help this biometric bodysuit to perform a wide range of tasks, from highly functional (like dispensing medicine or detecting pathogens) to the aesthetic (clothes that change colours or display patterns as downloaded from a website). One particular version can also deliver a perfume scent in response to elevated heartbeat or respiration; another can administer insulin to a diabetic. A third military version can monitor the health of a soldier, relay information to medics if needed and detect and react to biological agents.

Internet As A Conscious Entity 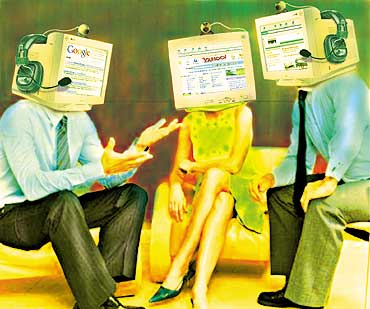 The kind of architecture the Net has today, it inadvertently resembles the human nervous system and brain which comprises many billions of interconnecting nerve and supporting cells. Admittedly, the number of interconnected computers on the Net currently is less than this but it’s growing at a phenomenal rate every day. Also, unlike inflexible hard-wired computers, the Net exists in a constant state of dynamic instability. Such plasticity is an integral feature of brain activity too. If, as neuroscientists and psychologists believe, consciousness is a function of complexity, then we have a perfect cradle for the birth of a consciousness online. What’ll it do then? More important, will it need us any more?

Speaking In Many Tongues

Face it, no matter how realistic they make those movies, that willing suspension of disbelief works only up to a point. Even with virtual reality or future holographic projection. But when a dream is running in the mind, our belief and participation is total, there’s no question of doubting its reality, no matter how bizarre or outlandish the premise. Scientists are already talking of downloading the contents of our brains to digital storage devices. It shouldn’t be too much hassle then to upload the contents of a much smaller two-hour film which can then be watched in our sleep as a dream. If it is too scary or disturbing, we can automatically wake out of it—like we do out of a nightmare—but while it’s playing, our involvement will be total.

When the entire sequencing of plant genes gets done some day, organic houses might be one of its greatest spin-offs.When a tree’s trunk configuration and root behaviour can be influenced, walls of houses would no longer need to rest on pile-driven underground substructures. They could simply be planted and allowed to grow upwards as sides of a building and down into the Earth to become their foundation. And unless one were to terminate the growth process at some stage, such homes would be in permanent dynamic flux. Maintenance would be zilch. Bark, or the protective tissue of dead cells on the outside of stems and roots of most woody plants, has cork, excellent for waterproofing. Colour can be permanent: white of eucalyptus, redwood red, ebony black. But self-design patterns—depending on age, season—could change. Mottled, dappled, take your pick.

There are some who swear they’ll never read a book on a comp. It’s just not the same as lying in bed or sitting on a pot with a hardcover or paperback in hand, and turning the pages and using a pagemark and getting the smell of fresh or old paper and maybe even dog-earing a favourite chapter and underlining well-turned phrases. (These are the same guys who grumbled when fountain pens were invented, saying they’d never let go of their goose quills or ink wells.) Anyway, the good news is, they don’t have to. Polymer films, in an advanced state of development, can be used as wafer-thin flexible display screens in virtually any position. They can also be made paper-coloured and bound together in sheets as a book with electronic lettering indistinguishable from normal type. The only difference: a digital database in the spine having up to 10,000 titles. A touch of a push-pad on the inside back cover, and the entire book could transform into any other title in the built-in library. And, yes, the film can be internally sputtered with aromatic chemicals so that it smells exactly like an old/new book. NOW will they read it?